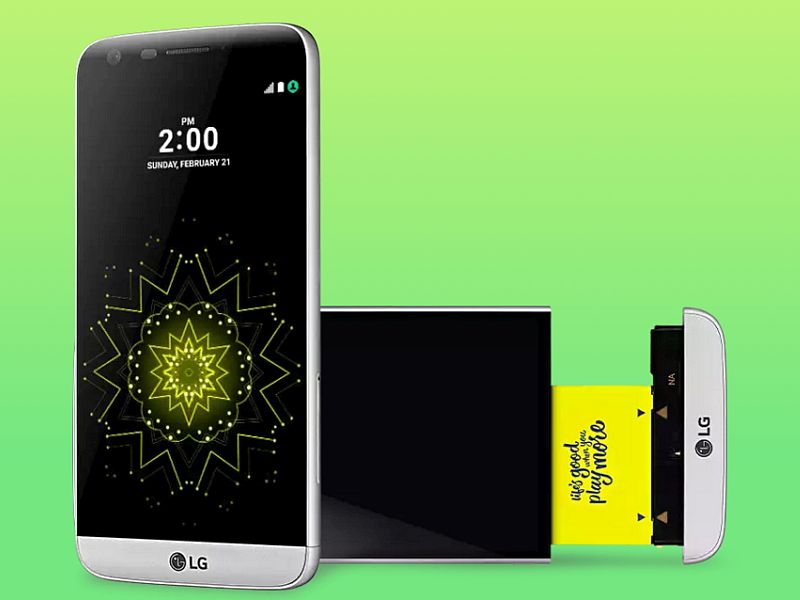 LG on Friday announced that it will launch the G5 flagship smartphone in India in the next quarter. The LG G5 has already wowed critics and users alike with its innovative removable battery and modular design, which expand the phone's functionality.
(Also see: LG G5 First Look)

The modules or add-ons are called the LG Friends, meant to signify the companion devices that can be attached to the G5. LG Cam Plus is a camera module that adds physical buttons for camera operations along with expanding the total battery capacity to 4000mAh. The Hi-Fi Plus module, co-developed by Bang & Olufsen, is a portable Hi-Fi DAC which can be used as a standalone portable DAC or with the G5 to enable 32-bit audio playback. The South Korean company can also be expected to showcase the companion devices in India with the LG G5 including LG 360 VR, LG 360 CAM, LG Rolling Bot, LG Tone Platinum, H3 by B&O Play, LG Smart Controller, and LG Friends Manager.

Announcing the India launch of LG G5, Amit Gujral, Marketing Head, Mobiles, LG India said, "We are really happy to see all the positivity around the LG G5 ever since its global unveil at the MWC. In fact, in a survey conducted in Korea the LG G5 topped consumer preference leaving its closest competitors trailing far behind. We hope to make this available to users in India very soon and are optimistic that consumers will love its revolutionary design and features."