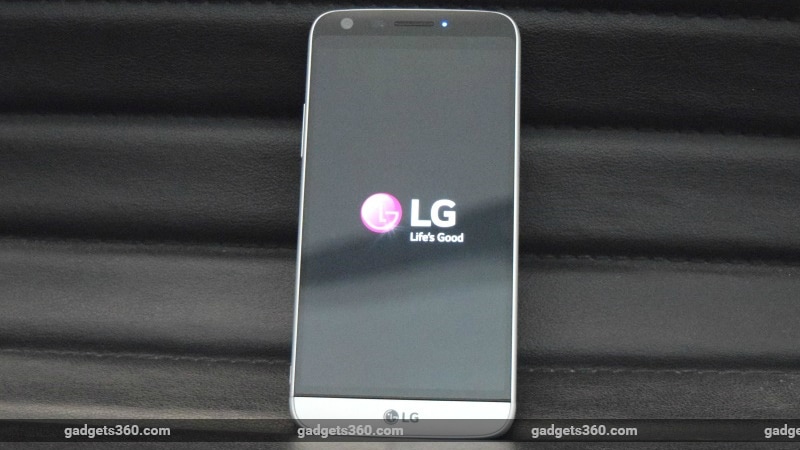 LG G5, a former flagship smartphone for the South Korean company, has now started receiving its Android 8.0 Oreo update. LG notably launched the G5 as its flagship back in February 2016 with Optimus UI 5.0 based on Android 6.0.1 Marshmallow. In November that year, the handset received an update to Android 7.0 Nougat. The LG G5 is one of the few two-year-old models that are receiving Android Oreo. However, it is a bit odd to see the handset receiving Android Oreo at the time when Google is pushing Android 9.0 Pie to its OEM partners.

As per the user reports on XDA Developer forums, the Android Oreo update for the LG G5 is initially rolling out in South Korea. It comes with the August Android security patch and improves the camera experience with new filters. Also, the update has some improvements on the interface front, including the upgraded on-screen navigation keys that can now be hidden while using apps and adaptive icons. LG has also provided some improvements specific to enhance battery life. Furthermore, Sony's codec LDAC is now supported for compatible Bluetooth headsets.

In addition to the changes from LG's side, the Android 8.0 Oreo update for the LG G5 brings various stock Android Oreo features. This means you can expect the arrival of Picture-in-Picture (PiP) mode, Password Autofill, Notification Channels, Notification Dots, Smart Text Selection, and Snooze Notifications.

One of the early users who has received the Android Oreo update on his LG G5 has posted a video on YouTube to show the interface-level changes. The video highlights the new interface as well as the upgraded camera app that has tons of filters and an enhanced manual mode.

LG hasn't revealed its plans for releasing the Android 8.0 Oreo update for the G5 outside South Korea. Nevertheless, considering its arrival for South Korean users, the update could soon reach other markets as well. The company also back in April launched its 'Software Upgrade Center' office in South Korea that is specifically aimed at providing users with "faster, timelier" software updates. That office might be played a vital role in bringing the latest software update for the two-year-old LG handset.

Having said that, if you're in South Korea, you can check the availability of the Android 8.0 Oreo update on your LG G5 by going to Settings > Update center.