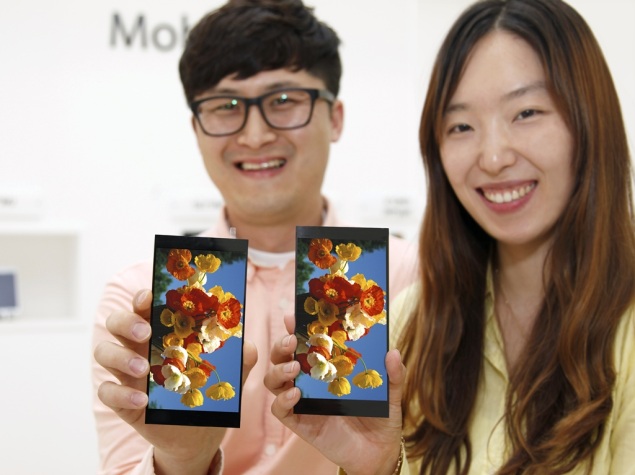 LG's display subsidiary has announced the launch of a new QHD LCD panel for smartphones, while also revealing the display will be used for its "forthcoming flagship smartphone to be unveiled at the end of this month" - the LG G4.

Apart from confirming the April launch of the LG G4, the LG Display's statement also adds that mass production of the new 5.5-inch QHD IPS display with a 535ppi pixel density has begun. LG Display had similarly revealed the 5.5-inch QHD AH-IPS used by the LG G3 ahead of the smartphone's launch in May last year.

The South Korean giant is also touting a new photo-alignment technology that uses UV light to form a liquid crystal alignment layer in the display panel, and delivers a higher contrast ratio by aligning the liquid crystals evenly to reduce light leakage. With the improved brightness and contrast, LG says the new 5.5-inch QHD display is now better at bright outdoor conditions.

LG Display adds the panel has received certification from Intertek. Byeong-Koo Kim, Vice President of the IT/Mobile Development Group at LG Display, added, "The company has maximized the essential display functions for mobile devices from touch to color gamut by using the latest technology and accumulated expertise. LG Display will continue to develop products that can offer the best user experience not only for smartphones, but also for tablets and notebook PCs."
Comments