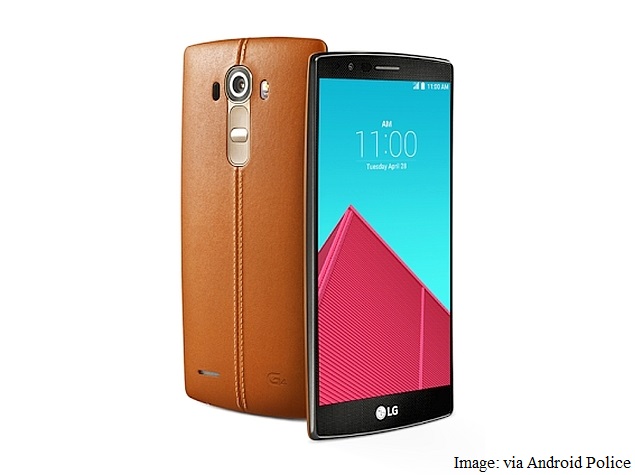 While LG is only hours away from launching its G4 flagship smartphone, a new leak has revealed the full list of the smartphone's specifications on the Web.

Before jumping to the leaked list of LG G4 specifications of, it is worth mentioning that the Korean smartphone maker has already confirmed some of the features. The flagship handset will include a 5.5-inch QHD (1440x2560 pixels) resolution IPS display with a pixel density of 535ppi; LG UX 4.0 with new features; 16-megapixel rear camera with an f/1.8 aperture; LED flash and laser autofocus, and an 8-megapixel front-facing camera.

As per the leaked list of specifications sourced by Evan Blass (best known as tipster @evleaks), the LG G4 will launch running Android 5.1 Lollipop. It will be slightly thicker and heavier than the LG G3, with dimensions of 149.9x76.2x10.16mm and a weight of 155.9 grams.

Blass adds that previous rumours that LG may be ditching the Qualcomm Snapdragon 810 processor in favour of a lower-powered Snapdragon 808 SoC for the G4 are correct, with the company worried about overheating issues. LG after the launch of its Snapdragon 810-powered G Flex2 in January, confirmed the chipset to have overheating issues, which was later fixed. Like the LG G3, the G4 is also said to sport 3GB of DDR3 RAM.

As for the storage, Blass says the LG G4 will bear 32GB of inbuilt storage alongside a microSD card slot for expansion. There is no word on other storage variants with slightly different specifications, e.g., last year's flagship G3 came in 16GB (2GB RAM) and 32GB (3GB RAM) storage variants.

In terms of connectivity, the leaked specifications tip the LG G4 will feature LTE Advanced (LTE-A) networks, Bluetooth 4.0, and NFC. The handset will reportedly be backed by a 3000mAh removable battery like its predecessor and would deliver 440 hours of standby and 14 hours of talk time. Both wireless charging and quick charging features are tipped.

It is worth noting Samsung's latest flagship smartphones, the Galaxy S6 and Galaxy S6 Edge, were criticised for omitting features the series has come to be identified with - storage expansion and removable batteries. If the leaked LG G4 specifications are correct, it seems as if LG heard the criticism loud and clear, and has included these features in its latest flagship.

Additionally, a recent report claimed that the LG G4 screen will be slightly curved with a 3000mm radius. The curve will not be drastic compared to the likes of the LG G Flex2 (which has a 750mm-radius curvature on the display); though will be helpful for handset's grip ergonomics for usage. The slight curve is in fact identical to that on the LG Spirit and LG Magna, which launched in India on Tuesday. Blass confirms that the smartphone will feature a curved back panel for grip, something we've already seen in the company's own promotional materials thus far.

You won't have to wait long to see if the leaked specifications are correct. LG will soon be confirming the details at its G4 launch event at 8:30pm IST on Tuesday. The LG G4 launch event will take place in New York, London, and Paris on Tuesday, followed by a Wednesday launch in Seoul, Singapore, and Istanbul.