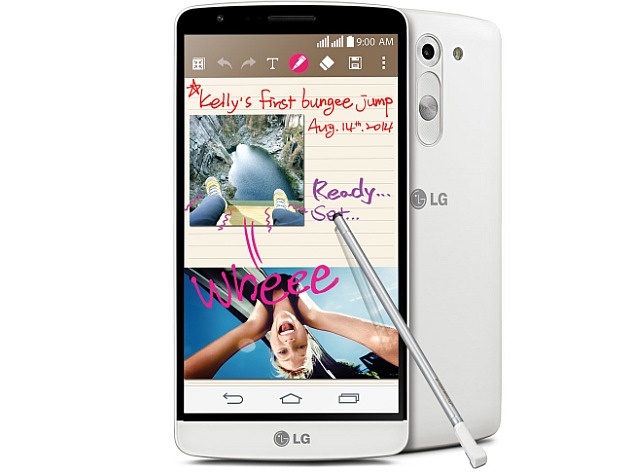 LG has officially announced India availability of the G3 Stylus in India, pricing it at Rs. 21,500 - as had been listed on the company site last week.

Initially announced in August ahead of IFA, the highlight feature of the LG G3 Stylus is that it comes with a 'Rubberdium' stylus, a feature that is missing from the LG G3 (Review | Pictures) flagship.

The LG G3 Stylus features a 5.5-inch qHD (540x960 pixels) display and is powered by a 1.3GHz quad-core (unspecified chipset) processor, coupled with 1GB of RAM. It comes with 8GB of inbuilt storage and supports expandable storage.

The smartphone sports a 13-megapixel rear camera and also comes with a 1.3-megapixel font camera. The LG G3 Stylus is backed by a 3000mAh removable battery. It measures 149.3x75.9x10.2mm and weighs 163 grams. The G3 Stylus was launched in Black, Gold and White colour variants.

HTC Desire Eye Leaked; Tipped to Include 13-Megapixel Selfie Camera
A Wallet for Every Need, Even the Ones You Don't Need