LG to Launch Rumoured ‘G’ Series Replacement on May 15: Report 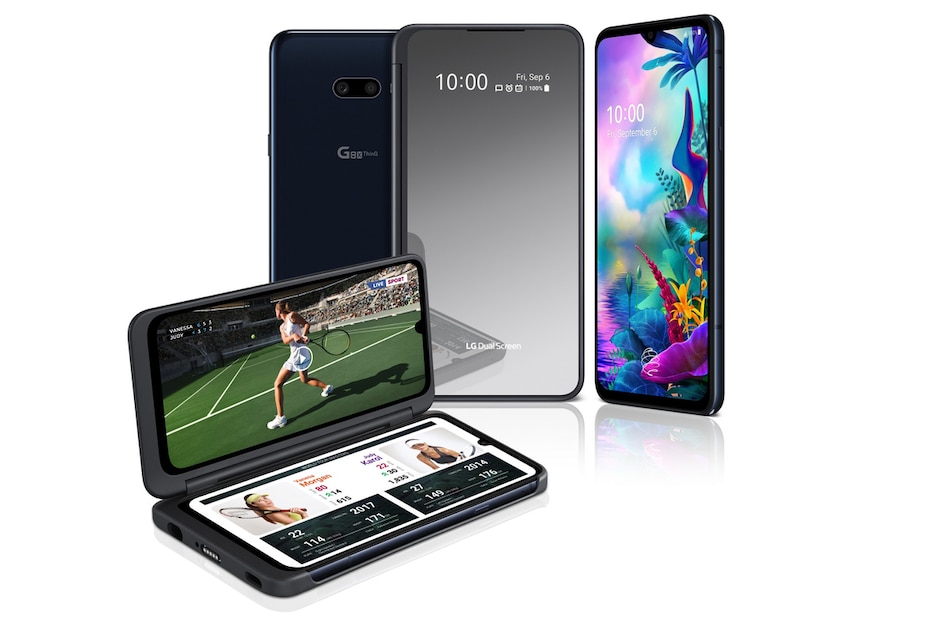 The new series by LG will reportedly support 5G

LG is speculated to abandon the ‘G' series of premium smartphones, a report had suggested last week. Now, another report is indicating that the South Korean tech company is likely to unveil the replacement of the G-series phones on May 15. At the moment, the name of the new series from LG is not confirmed, however, some features of the aforementioned series have been tipped. If true, this indicates that the rumoured LG G9 ThinQ smartphone will either be launched under a different name or won't just be released. Since LG has not confirmed this development, we advise taking this information with a pinch of salt.

According to South Korean news outlet Naver News, the new series by LG will come out on May 15, featuring a Snapdragon 7-series chipset. Other features that are tipped in the unnamed series are dual-screen support, 5G connectivity, quad rear camera setup with 48-megapixel primary camera, and 4,000mAh battery. If rumours about the 5G support are true, it is safe to assume that LG will pack Snapdragon 765 or 765G chipsets since they are the only 7-series chips from Qualcomm to feature a 5G modem.

Interestingly, most of the tipped features of the unnamed series were also seen in another rumoured smartphone by LG - LG G9 ThinQ.

Previous reports had also suggested that LG is currently planning to revamp its chocolate phone, the VX8500 introduced in 2006. Instead of the LG G9 ThinQ, the South Korean company can also introduce the revamped chocolate phone as a part of the unnamed series that will replace its G-series smartphones.

Meanwhile, a report by Korea Times speculates that LG will retain the V brand for flagship phones and with the new relatively affordable 5G-enabled series (which is said to replace the G-series), the company will target more international markets.

To recall, the G-series by LG was started with the LG Optimus G back in 2012 and has seen consistent smartphone launches till last year. Not just smartphones, LG uses the ‘G' moniker for smartwatches and tablets as well.

Gaganyaan: Training of Astronauts in Russia Said to Be on Hold Due to Lockdown
Snapchat Introduces New Donation Lenses to Help WHO Fight Coronavirus Pandemic