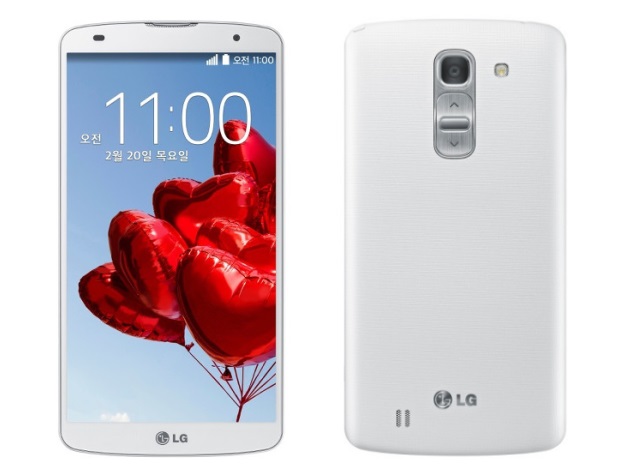 LG has launched the much-awaited G Pro 2 smartphone in India at Rs. 51,500. LG announced the G Pro 2, the successor to the Optimus G Prowithout revealing the price and availability in February.

Notably, the smartphone was available ahead of the official unveiling in India at a discounted price of Rs. 49,900 through an e-commerce website. The South Korean handset giant released the G Pro 2 in Korea initially in February.

The LG G Pro 2 runs Android 4.4 KitKat out-of-the-box. It features a 5.9-inch full-HD IPS display with a 1080x1920 pixel resolution and sports a slim bezel. A quad-core Qualcomm Snapdragon 800 processor powers the phablet, clocked at 2.26GHz with an Adreno 330 GPU and 3GB of RAM.

The G Pro 2 supports Bluetooth, Wi-Fi, GPS/ A-GPS, GPRS/ EDGE and 3G connectivity options. It is backed by a 3,200mAh battery and will be available in Titan Black, Silver and White colour variants.

The smartphone measures 157.9x81.9x8.3mm and weighs 172 grams. The company has included a new Knock Code feature on the LG G Pro 2 which the company claims is an evolution of the KnockON feature that was first introduced in the LG G2last year.

Soon Kwon, MD, LG India commenting on the launch said, "We launched the G Pro last year in the Indian market and received an exceptionally favorable response from consumers. Following the success of the G Pro, we are launching the new G Pro 2, with enhanced features, based on the feedback of our consumers. The year 2014, is going to be an exciting year, as LG plans to bring out a string of innovative devices, which will capture the imagination of users. By year end, we intend to take on 10% share of the Indian smartphone market."