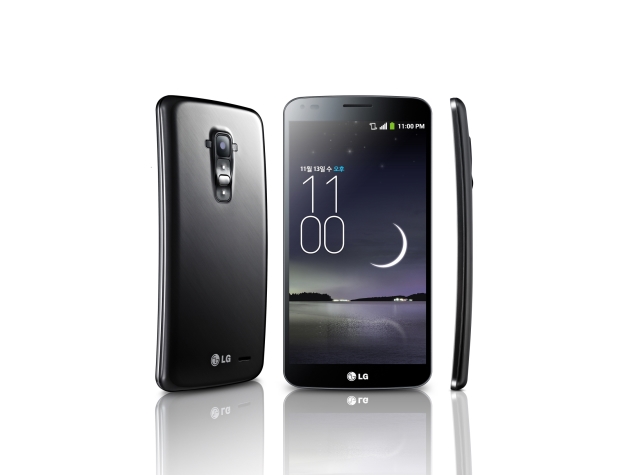 While announcing the LG G Flex at an event in South Korea, LG Electronics' vice chairman, Koo Bon-joon said, "We are now in discussions with global telecommunications firms. The curved smartphone is expected to be available in the US, Japanese, and European markets." However, the dates for the release of LG G Flex smartphone for US, Japan and Europe are still under wraps but Bon-joon has cleared that LG's first tryst with a curved display smartphone will be available outside South Korea.

The South Korean manufacturer can also be expected to rollout the G Flex smartphone in more markets sometime later, as it could help the maker gain lead in nascent curved display smartphone market.

A report by The Korean Herald notes that the LG G Flex smartphone received good response on all three major local carriers in South Korea. The LG G Flex will be available in South Korea starting November 12, suggested the report. However, the South Korean giant has not yet revealed the pricing of the G Flex.

As for the 6-inch curved display, it comes with Plastic OLED display (P-OLED), which is supposedly ultra-light, ultra-thin and flexible. The display features Real RGB technology to provide all three sub-pixels in one pixel, thereby making it 'brighter and more precise.'

LG has also included a new 'Self-Healing' coating on the back cover, an elastic coating that supposedly has the ability to "recover from the daily wear-and-tear scratches and nicks that un-cased smartphones are likely to receive."