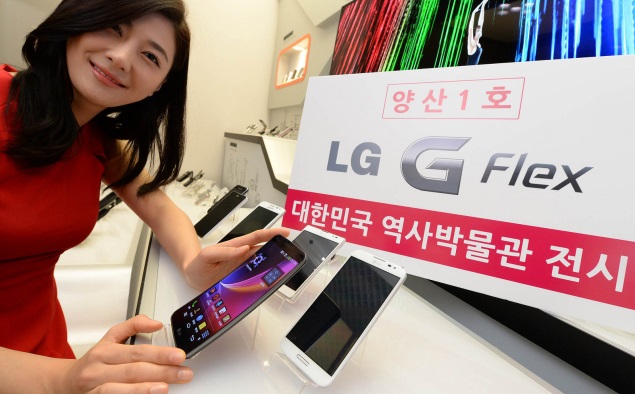 LG, soon after announcing that its curved G Flex smartphone will hit the US market by April, has now announced the release of the device in more than 20 European markets.

The South Korean handset manufacturer has announced that its LG G Flex smartphone will be available in major European markets (including Austria, France, Germany, Italy, Sweden and UK among others) in February.

As of now, LG's much-hyped smartphone, the G Flex has only been available in markets like Korea, Hong Kong and Singapore. Recently, the company announced the availability of the G Flex in US via partnership with mobile carriers AT&T, Sprint and T-Mobile.

Unfortunately, LG is yet to reveal the precise availability of the G Flex smartphone for the Indian market. Earlier, LG announced that the G Flex would be available in India starting February; however, there is no word on the pricing of the curved smartphone from LG.

Commenting on the announcement, Dr. Jong-seok Park, president and CEO of LG Electronics Mobile Communications Company said, "The introduction of the LG G Flex in Europe demonstrates our confidence in the global marketplace for a curved smartphone. As a premium smartphone, the G Flex will further establish LG as a brand that offers something unique for every consumer segment. This is a device that is guaranteed to start a conversation wherever it goes."

LG launched the G Flex in October last year with much fanfare, and it was rolled out only in South Korea initially.

LG has also included a new 'self-healing' coating on the back cover, an elastic coating that supposedly has the ability to "recover from the daily wear-and-tear scratches and nicks that un-cased smartphones are likely to receive."