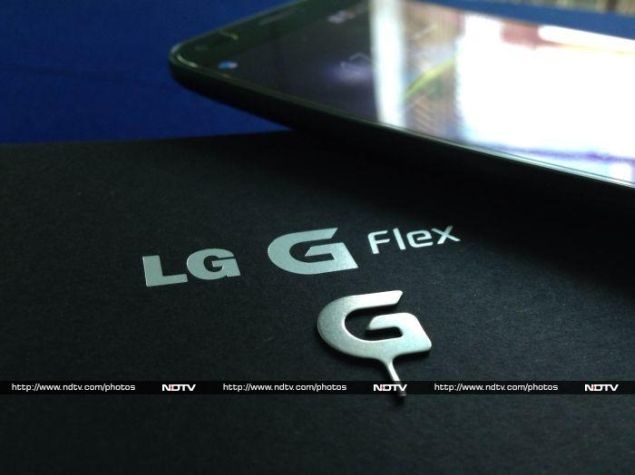 The CES launch of LG G Flex successor has already been teased by chipmaker Qualcomm. However, it was not clear whether the smartphone will pack an already-introduced Snapdragon 800 chipset or something new.

Adding to the claims, the Korean Naver site (via PhoneArena) also suggests that the successor to the LG G Flex will feature LTE-A connectivity with tri-band carrier aggregation.

Qualcomm has been rumoured to be working on the new 64-bit octa-core Snapdragon 810 chipset for release in early 2015, and the recently announced Samsung Galaxy Note 4 S-LTE is expected to feature this chipset, offering the first-of-its-kind LTE-A tri-band carrier aggregation.

Considering that the LG G Flex featured the Snapdragon 800 MSM8974, and we can expect LG to update the innards at least this time.

To recall, the LG G Flex (Review | Pictures) reached Indian shores in February last year carrying a massiveprice tag of Rs. 69,999. It was one of the first smartphones to live up to the name of 'curved, flexible display' along with an innovative 'self-healing' back panel.

Notably, the high pricing was perhaps the biggest reason the LG G Flex never took off in the market. LG's challenge would be ensure the same doesn't happen with rumoured G Flex 2.