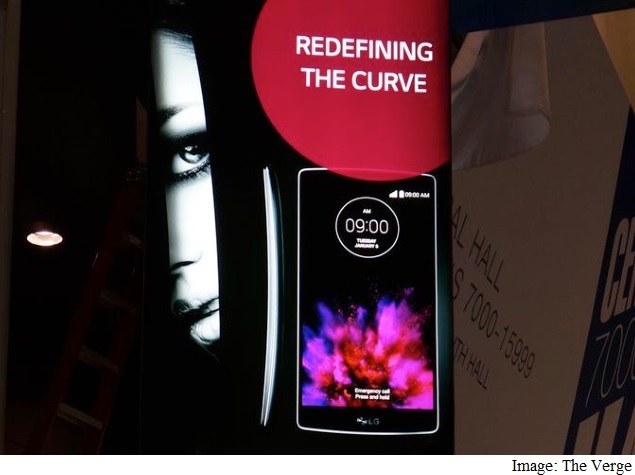 LG has reportedly started promoting the successor to the G Flex ahead of the smartphone's anticipated launch at the CES 2015 event in Las Vegas.

The South Korean consumer electronics giant has reportedly displayed posters of its LG G Flex 2 smartphone at the main hallway outside the CES 2015 show floor, according to The Verge. The LG poster spotted shows the smartphone and its much-touted curve alongside a tagline that says, "Redefining the curve." 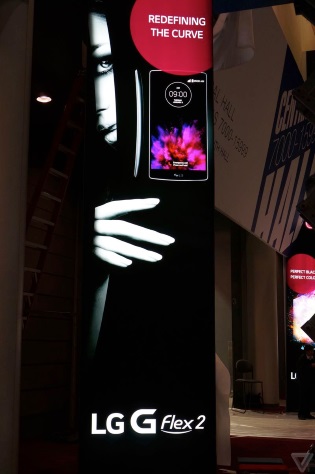 By looking at the poster from LG, it looks that the G Flex successor will sport a different design from its predecessor that will be reminiscent to the flagship LG G3 smartphone. The front of the smartphone sports slim bezels and appears to sport a smaller screen than its predecessor, in-line with earlier leaks.

The CES launch of LG G Flex successor was tipped earlier this month by chipmaker Qualcomm, which said "A new #Snapdragon 800 powered smartphone is launching next week at @intlCES - here's a first look," on Twitter along with an image. However, it was not clear whether the smartphone will pack an already-introduced Snapdragon 800 chipset or something new.

A report last week contrarily claimed that the anticipated LG G Flex 2 would pack the 64-bit octa-core Snapdragon 810 processor. Preliminary leaks indicated that the new 64-bit Qualcomm Snapdragon 810 will include four Cortex-A57 cores clocked at 1.9GHz and four Cortex-A53 cores clocked at 1.5GHz. Another feature expected to be included in the successor to the LG G Flex is LTE-A connectivity with tri-band carrier aggregation.

Notably, high pricing and large display was perhaps the biggest reason the LG G Flex never took off in the market. LG's challenge would be ensure the same doesn't happen with G Flex 2.

It will also be interesting to see how LG promotes and introduces its new curved-display smartphone after the iPhone 6 Plus 'bendgate' issue that went viral late last year. To recall, some users of the iPhone 6 Plus had reported that the phone gets bent when kept in their front pockets for a significant duration.

Apple Watch's Advertising Potential to Be Previewed at CES 2015
Qualcomm Likely to Face Record Fine of Over $1 Billion in China: Report