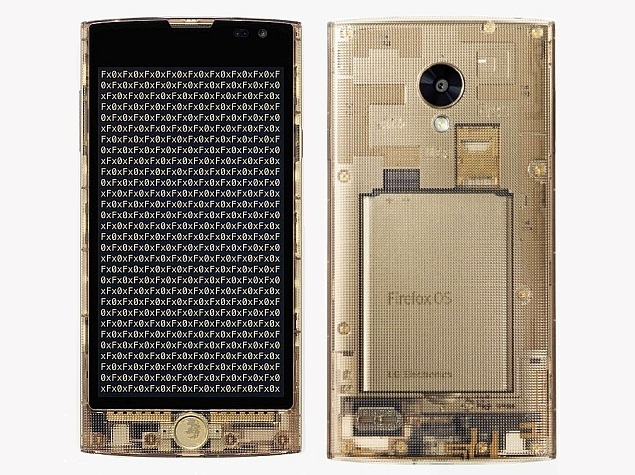 LG, Mozilla and KDDI have launched Japan's first Firefox OS smartphone, the Fx0, which will go on sale Thursday.

The LG Fx0 smartphone running Firefox OS 2.0 has been designed by Tokujin Yoshioka, a noted artist and designer. The front, side and back panels of the device are completely transparent and the home button of the smartphone is printed with a golden Firefox logo. The LG Fx0, though smaller in size, takes most of its design clues from LG G3.

While the Firefox OS smartphones that launched in India over the past few months fall in the entry-level segment, the LG Fx0, being a design statement, is a mid-range smartphone priced at JPY 50,000 (roughly Rs. 26,300). Offered exclusively by KDDI, the handset's limited sale will commence on December 25 followed by a wider release in Japan starting January 6 next year. There are no details for the handset's availability in other regions as of now.

The Firefox OS-based LG Fx0 features a 4.7-inch IPS display (unspecified resolution) and packs a quad-core 1.2GHz Qualcomm Snapdragon 400 (MSM8926) processor with 1.5GB of RAM. The handset also includes 16GB of inbuilt storage, which is expandable via microSDXC card (up to 64GB). An 8-megapixel rear camera with LED flash and a 2.1-megapixel front facing camera are also housed inside the smartphone.

Backed by a 2370mAh battery, the LG Fx0 smartphone measures 139x70x10.5mm and weighs 148 grams. The device, besides featuring the usual connectivity options, also comes with 4G LTE and NFC support.

"We are very pleased to bring the first Firefox OS smartphone, based on Web technology standards, to the Japanese market today," stated Takashi Tanaka, President of KDDI on the Mozilla blog post. "KDDI hopes to build the new era of the Web through Web of Things, enabling everyone to create custom connected Web experiences."

The Mozilla blog post added, "This launch makes a total of 16 Firefox OS smartphones available in 29 countries, showing strong momentum for Firefox OS as 2014 comes to a close."