LG F70 with Android 4.4 KitKat and LTE Support to Launch in Mid-May 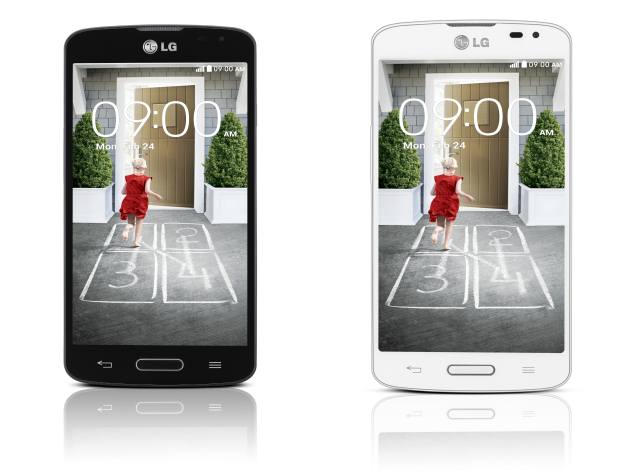 LG has announced the launch details of the LTE-enabled F70 smartphone for the global market. The 4G LTE smartphone will be introduced in early May in Europe, followed by Asia, Central and South America, and North America. The specific details of availability will be announced in local markets in the weeks ahead.

LG first unveiled the F70 smartphone during MWC 2014 in Barcelona, but did not then reveal any details of availability. The South Korean giant is targeting budget-conscious LTE consumers worldwide with its new LG F70 smartphone.

The LG F70 smartphone runs Android 4.4 KitKat out-of-the-box, and comes with a 4.5-inch WVGA (480x800 pixels) IPS display and offers a pixel density of 207ppi. The LG F70 is powered by a 1.2GHz quad-core processor (Qualcomm Snapdragon 400) coupled with 1GB of RAM. The smartphone comes in 4GB and 8GB built-in storage variants, which can be further expanded via microSD card (32GB).

LG's F70 smartphone packs a 2440mAh (removable) battery. It measures 127.2x66.4x9.9mm and weighs 129.6 grams. The new LG F70 also comes preloaded with the company's new advanced UX feature, Knock Code. It allows users to both power on and unlock the LG smartphone by tapping a personalized pattern on the phone's screen. There is also a Guest Mode feature on the F70, which lets users keep their content private from guest users of their smartphones.

"LG has an unwavering commitment to delivering the superior experience that consumers expect from an LTE device and the F70 meets and exceeds such expectations," said Dr. Jong-seok Park, president and CEO of the LG Electronics Mobile Communications Company.

Nvidia Shield Getting Half-Life 2; Portal for Shield Launching on May 12
NEC and NTT Docomo to Jointly Research 5G Technologies