LG AKA With Android 4.4 KitKat and Mood Cases Launched 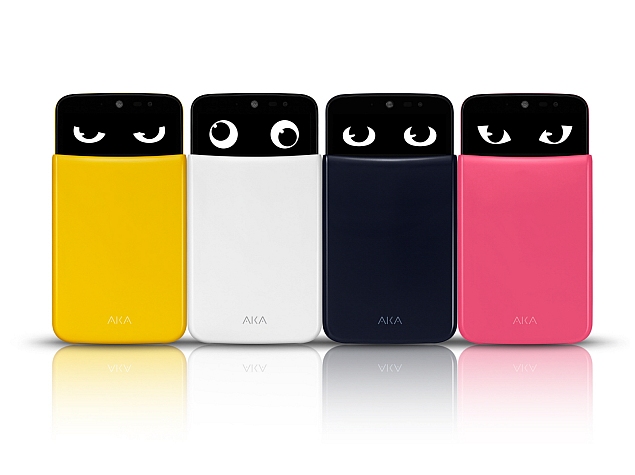 LG on Tuesday launched a new handset for young customers named AKA. There is no word on the handset's price, or its availability details outside of South Korea - where it will be available on all three telecom carriers.

The highlight of the LG AKA is the option to use four different cover cases, namely Eggy (Yellow), Wookie (White), Soul (Blue) and YoYo (Pink). The cover cases partially hide the display of the smartphone, letting it show animated eyes on the visible portion of the screen, providing notification details and battery status information to the user. All four cases feature different-styled eyes, and are meant to portray different moods.

The handset houses a 5-inch IPS display with HD (720x1280 pixels) resolution and is powered by a quad-core 1.2GHz processor (unspecified) with 1.5GB of RAM. The Android 4.4 KitKat-based LG AKA also features an 8-megapixel rear and a 2.1-megapixel front-facing camera. The smartphone sports 16GB of inbuilt storage, along with microSD card expandability, as per the firm's blog post on its social website.

The South Korean consumer electronics giant on Monday started rolling out its KizON wristband in Europe. LG KizON is a wearable device exclusively designed to help parents track their pre-school and primary school children. It was which was launched in July.

Until now LG KizON was a South Korea exclusive, though the company had announced North American and European availability for the third quarter. Additional details dealing with the device's price will be announced locally, said the firm.

Snapdeal Savings Day Gets a Big Thumbs Down on Social Media
Adcom KitKat A40 With 4-inch Display, Android 4.4.4 Launched at Rs. 2,999