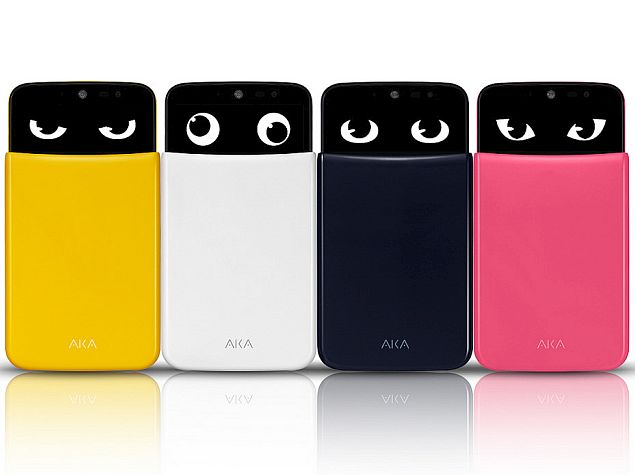 LG's AKA smartphone, targeted at young consumers, recently was reported to go on sale outside South Korea. Now, the company has confirmed the overseas rollout of the smartphone starting with Hong Kong next week.

LG announced that the LG AKA smartphone will be also available in China, Singapore and Turkey while additional markets will be announced as they are confirmed. Unfortunately, the company has not announced any pricing details of the AKA smartphone for these markets, and says pricing can be expected to be announced locally near launch. Initially unveiled for the South Korean market back in November, the smartphone comes with Mood cases.

The South Korean giant also announced that the smartphone will launch in Taiwan. Earlier this month, a report claimed that the LG AKA smartphone will be available to buy in Taiwan starting March 23 and was priced at NTD 9,900 (approximately Rs. 19,700).

The LG AKA handset comes with an option to use four different cover cases, namely Eggy (Yellow), Wookie (White), Soul (Blue) and YoYo (Pink), which are the highlight of the smartphone. The cover cases partially hide the display of the smartphone, letting it show animated eyes on the visible portion of the screen, providing notification details and battery status information to the user. All four cases feature different-styled eyes, and are meant to portray different moods.

LG at the launch had also detailed a tweaked UX element which includes customisable glasses and eyebrows for each pair of eyes. Another addition is the inclusion of Art Toy figurine, which can be digitised and integrated into the phone's user experience. The smartphone also comes with preloaded with Snapshoot tool that creates an animated 3D version of the clicked image. LG has added camera features from its premium range including Laser Auto Focus, Touch and Shoot, and Gesture Shot.

The handset houses a 5-inch IPS display with HD (720x1280 pixels) resolution and is powered by a quad-core 1.2GHz processor (unspecified) with 1.5GB of RAM. The Android 4.4 KitKat-based LG AKA also features an 8-megapixel rear and a 2.1-megapixel front-facing camera. The smartphone sports 16GB of inbuilt storage, along with microSD card expandability. LG AKA's connectivity options include 4G LTE, Bluetooth 4.0, Wi-Fi 802.11 a/b/g/n/ac, NFC, GPS, AGPS, and USB 2.0. Measuring 138.7x71.9x9.9mm, the handset weighs 135.5 grams (without the cover case) and is backed by a 2610mAh battery.

Commenting on the announcement, Juno Cho, president and CEO of LG Electronics Mobile Communications Company said, "AKA is the first smartphone that gives owners a blank canvas to express their own personalities via a customized user experience. AKA is about being creative and never losing sight of the things that make us young and interesting. This is a whole new direction in smartphone UX and we're excited about where it may take us."