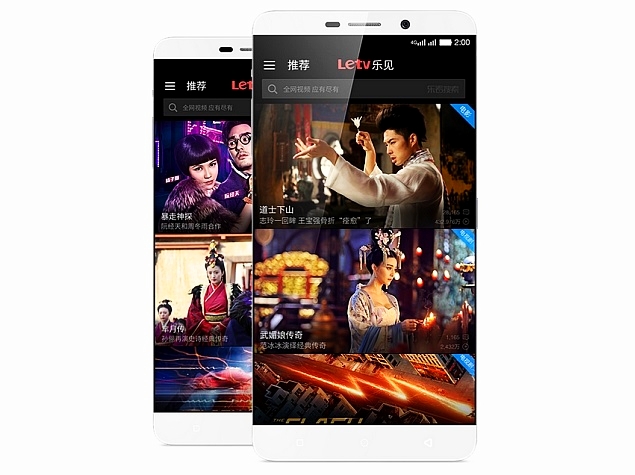 Letv, a Chinese video streaming website similar to YouTube and Netflix, has launched three near bezel-less display smartphones under its Le brand - the Le 1, Le 1 Pro and the Le Max. Launched on its home turf during the "Breaking Boundaries with Letv's Ecosystem" event in Beijing, the three dual-SIM smartphones are said to be the first in the world to come with USB Type-C ports.

The Le Max phablet features a 6.33-inch QHD (1440x2560 pixels) resolution display with a pixel density of 464ppi and 0.8mm bezel. It is powered by a 64-bit 2GHz octa-core Qualcomm Snapdragon 810 SoC and 4GB of LPDDR4 RAM. Coming with 64GB and 128GB inbuilt storage variants, the smartphone features a 21-megapixel rear camera with optical image stabilisation, Sony IMX230 sensor, dual-LED flash, and an f/2.0 aperture lens, alongside a 4-UltraPixel front-facing camera with an f/2.0 aperture.

The One Max also sports a fingerprint sensor placed below the rear camera, besides Wi-Fi Display connectivity. Other specifications include a choice of 3400mAh and 3500mAh batteries; Wi-Fi 802.11 a/b/g/n/ac with hotspot support, Bluetooth 4.1 with APT-X support, GPS/ A-GPS, NFC, and 4G LTE connectivity; infra-red remote control, electronic compass, hall sensors, gravity sensor, ambient light sensor, gyroscope, and a proximity sensor. It weighs in at 204 grams, and measures 167.1x83.5x8.95mm. It will be available in Silver and Gold colour variants. It features a USB 2.0 Type-C port and MHL 2.0.

The Le 1 Pro features a 5.5-inch QHD (1440x2560 pixels) resolution display with a pixel desnity of 538ppi and 1mm bezel. It is powered by the same processor and RAM as Le Max. The smartphone will be available in 32GB and 64GB storage variants, and a 3000mAh battery. 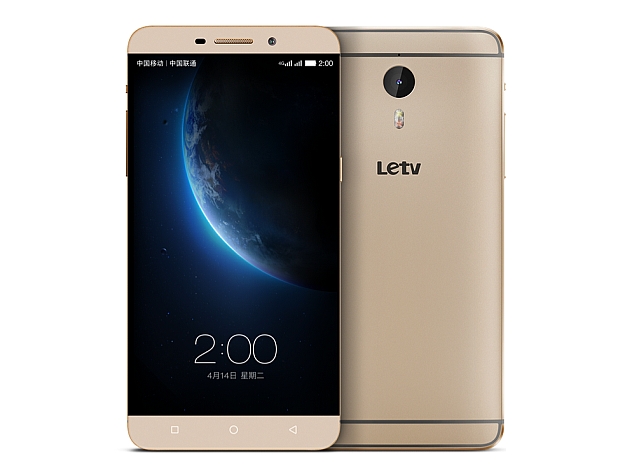 Featuring the same front-facing camera as the Le Max, the handset houses a 13-megapixel rear camera with OIS, Sony IMX214 sensor, dual-LED flash, and f/2.0 aperture. Except for NFC support and the above mentioned specifications, the phone is otherwise identical to the Letv 1 Pro, and comes in the same colour variants. Both the phones are also optimised for hi-resolution audio. The Le 1 Pro weighs 177 grams, and measures 148.4x73.8x9.4mm. It features a USB 3.0 Type-C port and MHL 3.0.

The Le 1 equips a 5.5-inch full-HD (1080x1920 pixels) resolution display with a pixel density of 403ppi and 1.2mm bezel. It runs on 64-bit MediaTek Helio X10 octa-core SoC clocked at 2.2GHz and coupled with 3GB of LPDDR3 RAM. Available in 16GB, 32GB and 64GB inbuilt storage variants, the handset sports a 13-megapixel rear camera with OIS, dual-LED flash, and a f2.0 lens, along with a 5-megapixel front-facing camera. A 3000mAh battery backs the device. 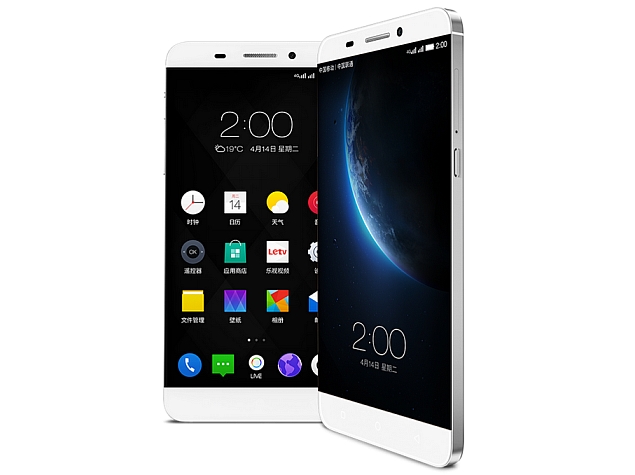 According to the firm, the EUI, which is present in all the above mentioned smartphones, will cover Letv's TV, phone and auto applications. The mobile version of EUI will feature functionalities like Live Desk, Application Desk, and LeView. While the Live Desk let users view online live broadcasting, satellite T, LeChannel and StarCast, the LeView function will enable users to search, aggregate, recommend, remark and share.

Disclosure: Letv sponsored the correspondent's flights and hotel in Beijing.