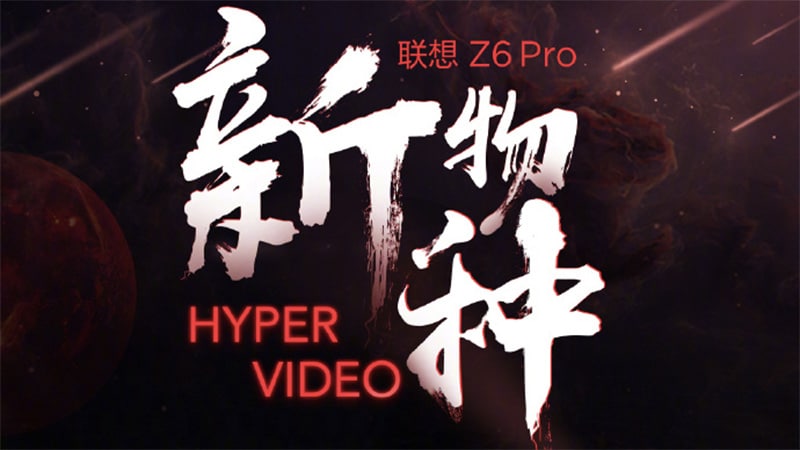 Lenovo Z6 Pro is set to come with 5G connectivity

Lenovo has been working on its upcoming flagship smartphone the Z6 Pro for quite a long time now. The Chinese manufacturer even teased it during MWC but never showcased the smartphone nor revealed its specifications. Instead at MWC, Lenovo Phone Vice President Edward Chang confirmed that the Lenovo Z6 Pro will be launched in June with 5G support and HyperVision Camera. While the launch is still scheduled for June, it looks like Lenovo will be announcing the arrival of the Z6 Pro this month, and possibly reveal more details about the smartphone then. Read on to find out what we know about the Lenovo Z6 Pro so far.

Now Lenovo VP Chang Cheng has taken took to Weibo to announce that the Z6 Pro will be announced on March 27. From the looks of it, the main highlight of this smartphone is the camera. Lenovo has teased about the Hyper Vision camera technology claiming that it capable of HyperVideos. However, the company hasn't defined HyperVideos yet nor have they revealed camera specifications for this smartphone.

The Z6 Pro is also expected to come with 5G support but GSMArena speculates that a non-5G variant of the Z6 Pro could launch as soon as April. Lenovo hasn't mentioned any details with respect to the processor powering the smartphone. It could most likely be the Qualcomm Snapdragon 855 SoC, similar to the Lenovo Z5 Pro GT that was launched in December last year and had up to 12GB of RAM and 512GB of storage.

While the official launch will still happen in June, the announcement for the Z6 Pro will happen on March 27 which should give us a fair idea as to what to expect from the Z6 Pro.