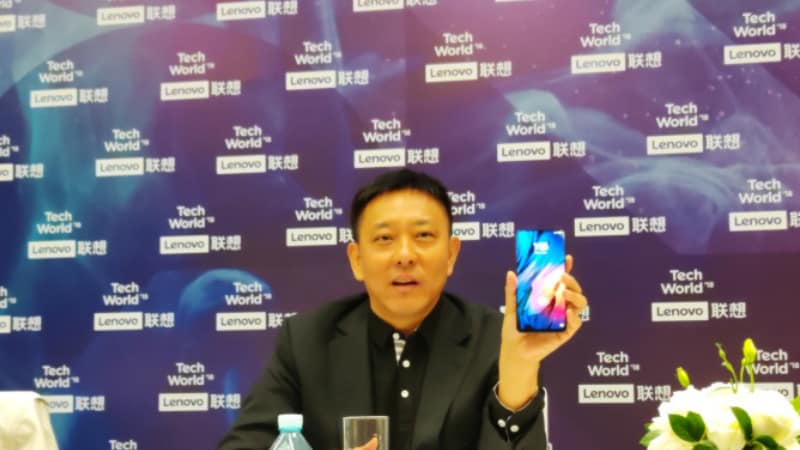 After making tall claims, Lenovo unveiled the Z5 smartphone in June with several promises unfulfilled, such as the fully bezel-less design. Running up to the launch of the Lenovo Z5, VP Chang Chen had released several teasers promising a notch-less display, a mammoth battery, and 4TB of storage as well. However, none of that was seen on the Lenovo Z5 when it was unveiled officially, and was just another iPhone X clone that could easily be forgotten amidst all the competition. Now, a company executive has confirmed that the upgraded Lenovo Z5 Pro smartphone is arriving on October 1, and the variant may sport some of what was promised by Chen, if not all of it.

One of the executives at Lenovo has shared an image of Chen at a press conference in Beijing showcasing a notch-less Lenovo Z5 Pro. On Weibo, the executive said that the Lenovo Z5 Pro will be officially announced on October 1, which is considered to be National Day in China. The executive said that 'there are surprises on National Day, and that he will take care of the old Liu in the future' hinting at all the tall claims made by Cheng.

Other details on the Lenovo Z5 Pro are scarce at the moment, and we refrain from speculating, given Lenovo's past experience of tall claims and underwhelming delivery. In any case, the Lenovo Z5 Pro will be official on October 1, with all official specifications and pricing details.