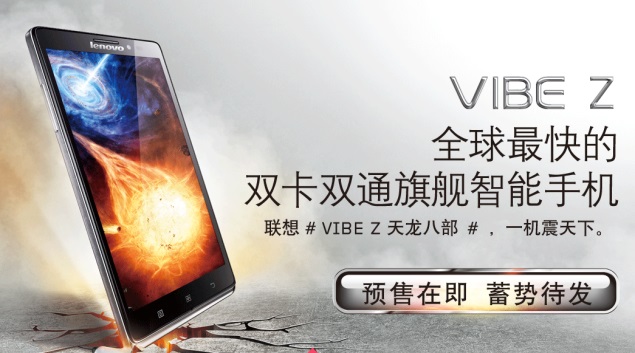 Lenovo has expanded its Vibe smartphone line-up and announced the Vibe Z in China, however, has not announced the pricing and availability details of the device.

While the exact launch date is not known, Engadgetreports that Lenovo China will be taking pre-orders for the Vibe Z soon.

The Lenovo Vibe Z is powered by a 2.2GHz Qualcomm Snapdragon 800 processor, the same processor found on flagship devices such as Samsung Galaxy Note 3 and Sony Xperia Z1. The Vibe Z comes with 2GB of RAM, Adreno 330 GPU and runs Android 4.2.2 Jelly Bean. It features a 5.5-inch full-HD display and is a dual-SIM device. The phablet sports a 13-megapixel rear camera with f/1.8 aperture and dual-LED flash. It also includes a 5-megapixel front-facing camera.

The Lenovo Vibe Z can deliver up to 278 hours of standby time; however the battery has not been detailed by the company. Further, Lenovo has also launched a flip cover for Vibe Z phablet, similar to the S View Cover for Galaxy Note 3, notes Engadget. 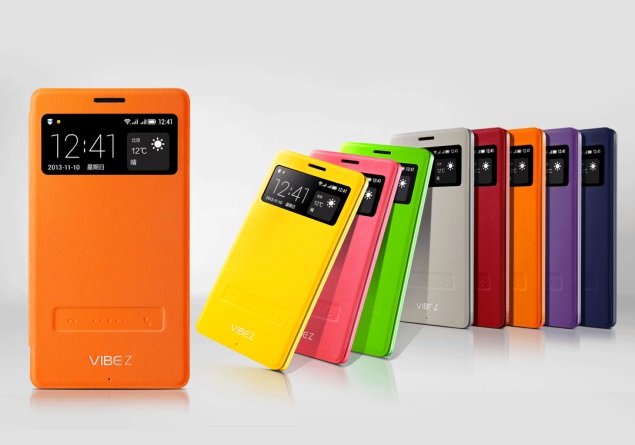 Earlier, Lenovo unveiled its first smartphone under Vibe series, the Vibe X, at the IFA in September this year.

The Vibe X sports a 5-inch 20/ 20 vision full-HD display that has a resolution of 1080x1920 pixels and pixel density of 440ppi, sitting under a Corning Gorilla Glass 3 screen bevelled at the edges. The phone is powered by a 1.5GHz quad-core MediaTek (MTK 6589T) processor, has 2GB of RAM, and offers 16GB of internal storage. It runs Android 4.2 Jelly Bean.

The Lenovo Vibe X features two cameras. The 13-megapixel auto-focus rear-facing camera of the phone comes with a back-illuminated sensor for sharper images and an LED flash. The phone also features a 5-megapixel front-facing camera that comes with a wide-angle 84 degree lens. The Vibe X is backed by a 2,000mAh battery.