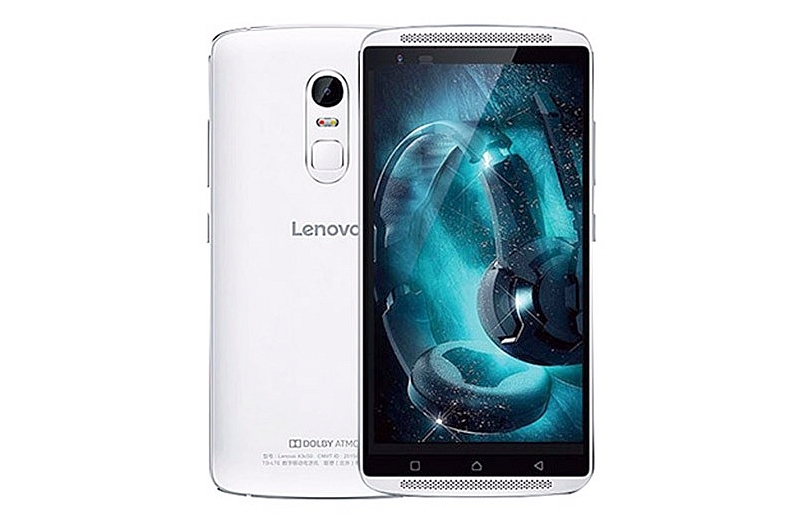 Marking its second smartphone launch this month in India, Lenovo on Wednesday unveiled the Lenovo Vibe X3 priced at Rs. 19,999. It will go on sale starting Thursday at 2PM via Amazon India.The company has already introduced the Lenovo K4 Note with a price tag of Rs. 11,999. It is worth mentioning that Lenovo has launched its Vibe X3 in India almost two months after the handset's debut in China. The company also launched a 'Youth' variant of the Vibe X3 smartphone, which is yet to hit the Indian shelves.

The flagship Lenovo Vibe X3 features a 5.5-inch (1080x1920 pixels) IPS display and Corning Gorilla Glass 3 for protection from scratches. Lenovo claims that the handset display delivers 100 percent colour reproduction, has 1500:1 contrast ratio, and features a 178 degree wide viewing angle. Lenovo Vibe X3 sports a fingerprint sensor at the rear panel just below the primary camera. It comes with hybrid dual-SIM slots, which means users can use either two SIM cards or a single SIM card alongside a microSD card. It also supports 4G LTE connectivity.

The Lenovo Vibe X3 specifications include a hexa-core Qualcomm Snapdragon 808 processor (dual core A57 at 1.8GHz + quad-core A53 at 1.4GHz) coupled with 3GB of DDR3 RAM and Adreno 418 GPU. It comes in 32GB inbuilt storage, which can be expanded via a microSD card (up to 128GB).

The Vibe X3 sports a 21-megapixel rear camera with Sony IMX230 sensor, LED flash, PDAF (phase detection autofocus), 6P Lens, f/2.0 aperture, and 4K video recording support. There is an 8-megapixel front facing camera on board as well. For photography enthusiasts, the smartphone comes with some Vibe Enhancement features such as the Pro Mode, Smart Assist, Slow Motion, and Nightscape. The Vibe X3 packs a large 3500mAh battery, which is 100mAh less than its China variant. Besides 4G LTE connectivity support, the Lenovo Vibe X3 supports Bluetooth, Wi-Fi, GPS, NFC, USB OTG and Micro USB. The smartphone includes an IR blaster, which when combined with the Peel app, lets users view movies and serials on the television set.

As for the design, the Lenovo Vibe X3 bears a high quality thermosetting synthetic resin build at the back. It measures 9.3mm at the thickest and 3.4mm on the sides. The company says it has made some changes in its Vibe UI, which now is lighter and faster. Features such as gesture controls, tap-to-wake, flip to sleep and other are also included. In the audio department, Lenovo Vibe X3 is using Wolfson-powered audio technology for calls, along with Hi-Fi Lenovo Sound with HD audio. The smartphone has two front-facing stereo speakers powered by Dolby Atmos tech. Using a separate co-processor, the Lenovo Vibe X3 also keep a check on the user's activity recognition. The processor also handles the aforementioned gesture activities as well.

The Lenovo Vibe X3 also supports TheatreMax. The service takes content and will render it for left and right eye, delivering a large screen cinematic experience when used with AntVR headset, which was introduced during the launch of Lenovo K4 Note. Interested users can buy the headset separately at Rs. 1,299.