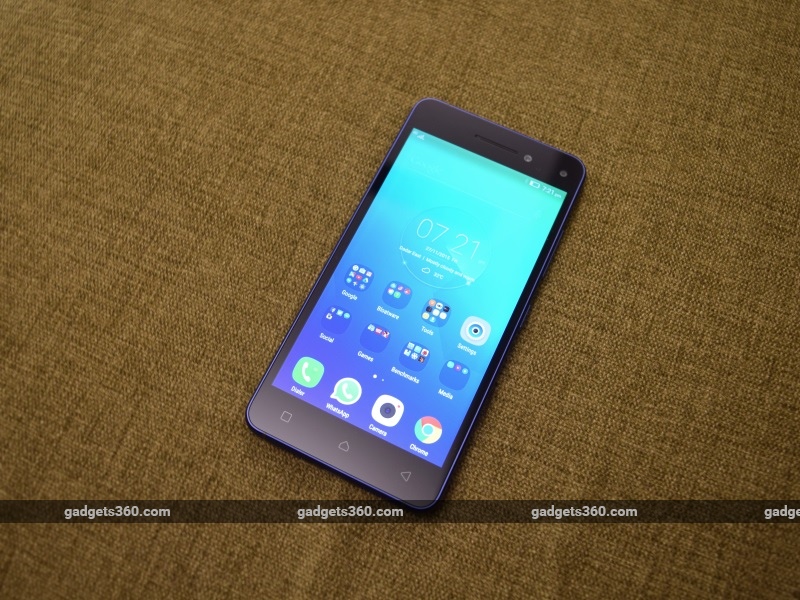 Lenovo India has announced a significant price cut for its selfie-focused smartphone, the Vibe S1. Launched in November last year at Rs. 15,999, the Vibe S1 will be available at its new price of Rs. 12,999 from Tuesday onwards.

The company made the announcement in a tweet by its India Twitter handle on Monday. Notably, the Lenovo Vibe S1 (Review) smartphone is currently available to purchase at Rs. 14,999 at the company's exclusive online retailer partner for the smartphone.

The Android 5.0 Lollipop-based Lenovo Vibe S1 features a 5-inch full-HD (1080x1920) display. The highlight of the smartphone are its dual-front cameras. It sports 8-megapixel and 2-megapixel front-facing cameras. The company at the time of the launch said, "The 8-megapixel primary front camera takes the sharpest photos and a 2-megapixel secondary front camera analyses depth of field information."

The handset also sports several built-in photo editing tools such as Blur, which allows refocusing anywhere on the selfie (up to 3 focal plains), and Cut Out, which allows users to cut out people from a selfie and then superimpose them on another image. There Lenovo Vibe S1 also sports a 13-megapixel rear camera. It sports a 7.8mm thin profile and weighs 132 grams.

Under the hood, the smartphone is powered by a 64-bit 1.7GHz octa-core MediaTek MT6752 processor coupled with 3GB of RAM. The Lenovo Vibe S1 offers 32GB of built-in storage and supports expandable storage via microSD (up to 128GB). Running Android 5.0 Lollipop, the smartphone supports 4G LTE connectivity, features a 2500mAh battery, and will be available in Pearl White and Midnight Blue colours.