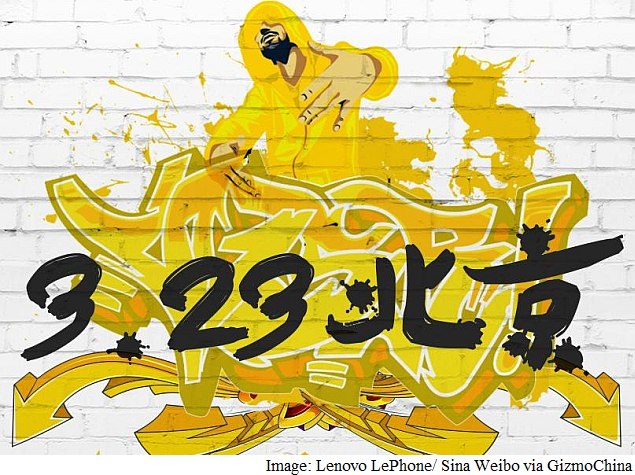 Lenovo has started teasing an event on March 23 where it is expected to launch its flagship smartphone - the anticipated Lenovo Vibe Z3 Pro.

The Chinese manufacturer posted teasers to its Sina Weibo page (via Gizmochina), featuring a mural in graffiti, a motif used by Vibe promotions before, of a DJ spinning tunes.

While the former is the larger version of the budget 4G LTE Lenovo A6000 smartphone launched earlier this year at CES 2015, the latter is a camera phone with a 16-megapixel rear camera with a six-piece modular lens, infrared autofocus and a tri-colour LED flash.

Though the Lenovo Vibe Shot does pack a 64-bit octa-core Snapdragon 615 SoC coupled with 3GB of RAM, it is not the company's 2015 flagship.

Lenovo had launched the Vibe Z2 Pro back in August last year, but is being speculated to launch the Vibe Z3 Pro at the March 23 nonetheless. GSMArena points to rumours of a 5.5-inch QHD display instead of the Vibe Z2 Pro's 6-inch QHD offering. It will reportedly also feature a 3400mAh battery, significantly smaller than the 4000mAh battery on the Vibe Z2 Pro. As for the chipset, it is expected to bear a Snapdragon 810 processor with 4GB of RAM.

Of course, as nothing beyond the teaser has been confirmed by Lenovo, we'd urge readers to take reports of the Vibe Z3 Pro's specifications with a grain of salt.

Lenovo at MWC 2015 also launch a Pocket Projector, claimed to be the first portable standalone projector compatible with any Miracast or DLNA-enabled Android, Windows 8.1 or iOS device.

The Chinese mobile and PC giant also launched two new Android tablets at MWC 2015- the Tab 2 A10-70 and Tab 2 A8, alongside a new Windows-based tablet, the Ideapad Miix 300.