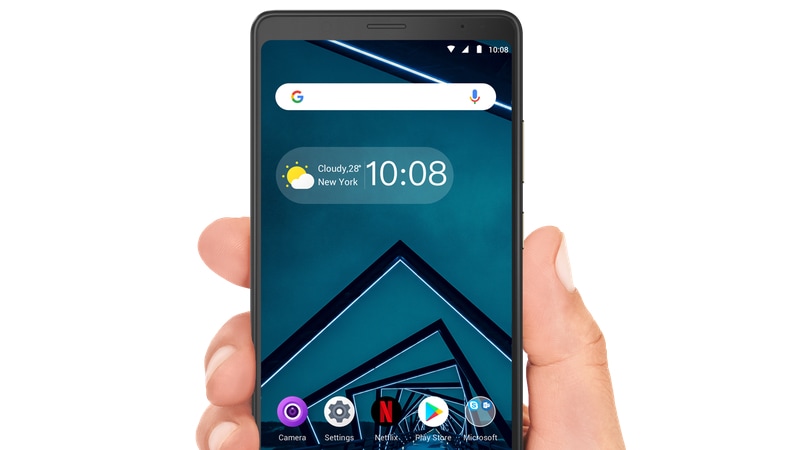 Lenovo Tab V7 "tablet-and-smartphone-in-one" has been launched at MWC 2019. This year, we've already seen a number of foldable smartphones being announced. Mobile manufacturers such as Samsung and Huawei have just recently revealed their first foldable phones, even though a lesser-known company was the first to unveil a foldable phone earlier this year. While foldable phones may not be ready for prime-time yet, Lenovo wants to offer a combination of a tablet and a smartphone in a single device that's still cheaper than a foldable phone. It features a 6.9-inch IPS full-HD display and includes cellular connectivity options. Lenovo says its new Tab V7 comes with an all-day battery, and runs Android Pie out-of-the-box. While the company is calling it a smartphone-tablet hybrid, our definition has long been any such device with a 7-inch display or greater would be defined as a tablet, and any such device with a screen size smaller than 7 inches would be a smartphone.

The Lenovo Tab V7 will start shipping in Europe from April this year. Prices will start from €249 (roughly Rs. 20,100). Lenovo hasn't revealed Indian prices or availability yet.

As we mentioned earlier, the Lenovo Tab V7 comes with a 6.9-inch IPS display, featuring a 1080x2160 pixels resolution with an 18:9 display ratio. With an 81-percent screen-to-body ratio, the hybrid includes thinner bezels. Lenovo has also packed Dolby Audio-powered front-facing speakers into the tablet.

It also features a 13-megapixel primary camera at the rear along with a 5-megapixel front-facing camera. There's a fingerprint sensor located right underneath the rear camera of the Lenovo Tab V7. The tablet also supports facial recognition to unlock the phone.

The Lenovo Tab V7 supports dual 4G networks. Users can make and receive calls, texts, and access data on the go. Lenovo claims while the Tab V7 is a tablet, it's still portable enough to be carried in pockets and mini-bags.

As for the battery, the Lenovo Tab V7 includes a 5,180mAh battery. Lenovo claims the battery can last for up to 10 hours for video playback and web browsing time, and up to 30 hours for cellular talk time.