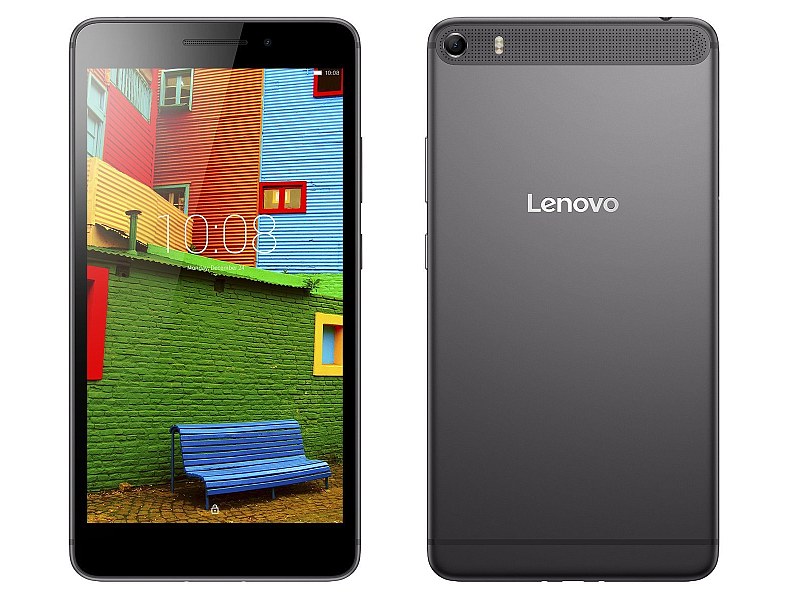 After being listed on Amazon India for purchase at a discounted price of Rs. 18,490, the Lenovo Phab Plus has been officially launched in India at Rs. 20,990. Apart from Amazon, Lenovo says the smartphone will be made available to buy offline via Croma and Reliance retail stores.

The Lenovo Phab Plus smartphone was launched first in China in August ahead of IFA 2015. We however spent some time with Lenovo's new Phab Plus at the IFA in Berlin and you can read our first impressions.

Running Android 5.0 Lollipop with the Vibe UI skin on top, the Phab Plus sports a 13-megapixel rear camera with dual-LED flash and also comes with a 5-megapixel front camera. The dual-SIM based Phab Plus supports one Micro-SIM card and the other Nano-SIM.

Connectivity options on the new phablet from Lenovo include 4G, 3G, GPS/ A-GPS, Wi-Fi, Bluetooth, and Micro-USB. As of now, there is no word whether the Phab Plus supports Indian LTE bands. Under the hood, Lenovo packs a 3500mAh battery which the company claims can deliver up to 24 hours of talk time and up to 350 hours of standby time. It also features a rear speaker with Dolby Atmos. The Lenovo Phab Plus measures 186.6x96.6x7.6mm and weighs 220 grams. The smartphone is available in a Gunmetal Platinum colour variant.

Rohit Midha, Director - Tablet Business Unit, Lenovo India, said at the launch, "The smartphone has become an integral companion for most of us, fitting into all aspects of our lives. As we strive to do more and achieve more, the Phab Plus is a smart device designed to live up to users on all counts, making life more convenient especially owing to its impressive screen size. The Lenovo Phab Plus truly combines the awesomeness of a phone and a tablet in one cool device."