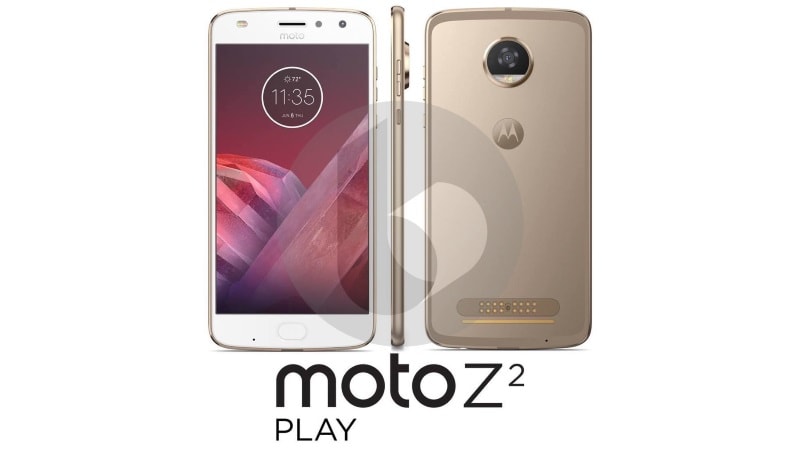 We can expect Lenovo to reveal few more details of the Z2 Play smartphone ahead of an official launch. Based on preliminary leaks, the phone is expected to sport a similar design as its predecessor.

Additionally, the phone has also been spotted at TENAA, the Chinese certification site, showing the design of the 'unannounced' Moto Z2 Play. The Chinese certification listing claims some details including 5.99mm thickness of the Moto Z2 Play. Other specifications listed include a 5.5-inch full-HD Amoled display; powered by a 2.2GHz octa-core processor coupled with 4GB of RAM. The handset is seen packing 64GB of inbuilt storage. Previous report said that the Moto Z2 Play will come with Qualcomm Snapdragon 626 processor under the hood.

According to earlier reports, the Moto Z2 Play will also support old mods and will sport pin design at the back for compatibility. The Moto Z2 Play is expected to be launched in Lunar Grey and Fine Gold colours.