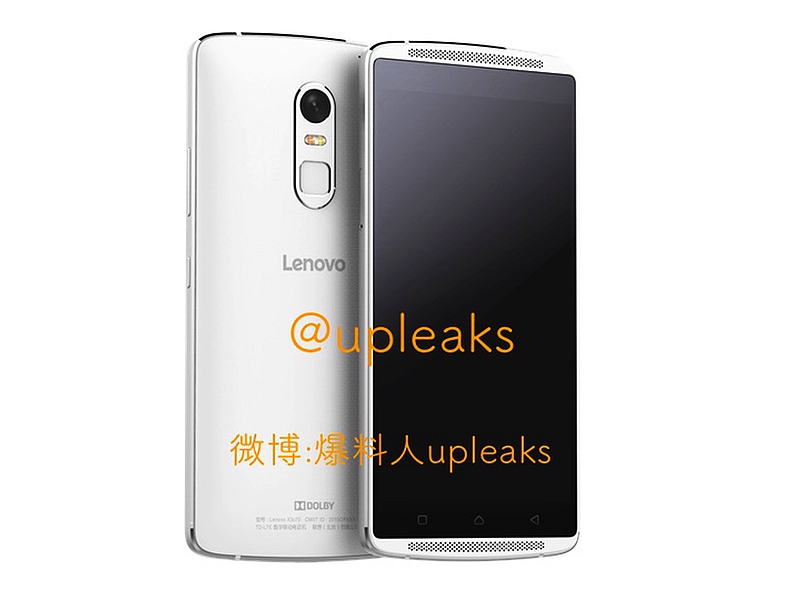 A press render of a handset named Lenovo 'Lemon X' has been tweeted by tipster @upleaks, with a design that points towards it being Lenovo's first smartphone designed by Motorola. For those unaware, Lenovo Group completed its acquisition of Motorola Mobility from Google in October last year. The smartphone resembles the recently leaked Vibe X3 seen on Tenaa recently.

This news comes weeks after a Lenovo representative's statement to NDTV Gadgets, saying that "MBG (Mobile Business Group) will continue to drive Lenovo's overall mobile business, but will now rely on Motorola to design, develop and manufacture smartphone products." Lenovo had then added that Rick Osterloh, formerly president, Motorola, will be the leader of the combined smartphone unit.

The official announcement is currently being linked to the 'Lemon X' press render tweet (via 9to5 Google) that has now been taken down, as the handset shows some visual hints of the smartphone design philosophy usually adopted by Motorola's hardware team. The rear panel of the Lenovo smartphone features a metal frame with antenna bands on top and bottom edges - something we have seen in Motorola Nexus 6 and Moto X smartphones. The rear camera and the LED flash are placed inside a pill-shaped panel, which again is seen in most of the Motorola handsets. However, the panel's shape slightly differs from the ones in most Motorola handsets. A fingerprint sensor also sits in panel below the rear camera.

Lenovo however, has not fully borrowed Motorola's smartphone design profile. The handset's front panel is seen with three capacitive buttons - Home, Back and Multi-Window - something which none of the Motorola smartphones include. Other noticeable change is in the speaker grille design of the dual-front speakers on the Lenovo 'Lemon X'. The grilles now sport individual machine-holed design. Dolby audio technology would probably power the handset's speakers, as seen from the audio company's branding on the rear panel.

It is worth nothing that the Lenovo 'Lemon X' appears to the same phone as the Lenovo Vibe X3 seen in Tenaa (China's Telecommunications Certification Center) listing sporting the same as the Lenovo X3c50. That however, featured Vibe instead of Dolby branding. The Vibe X3 listing pointed at The Vibe X3 is seen sporting dual front-facing speakers as well. It would support 4G LTE connectivity, measure 154x76.49.4mm, and weigh 175 grams. A 21-megapixel rear camera with dual-LED flash, and an 8-megapixel front-facing camera is also listed. While the right side includes a power button and volume buttons, the left side features a SIM/microSD card slot.

The Chinese company also recently announced it would be launching its Vibe Shot smartphone in India next week in a digital launch on Tuesday.