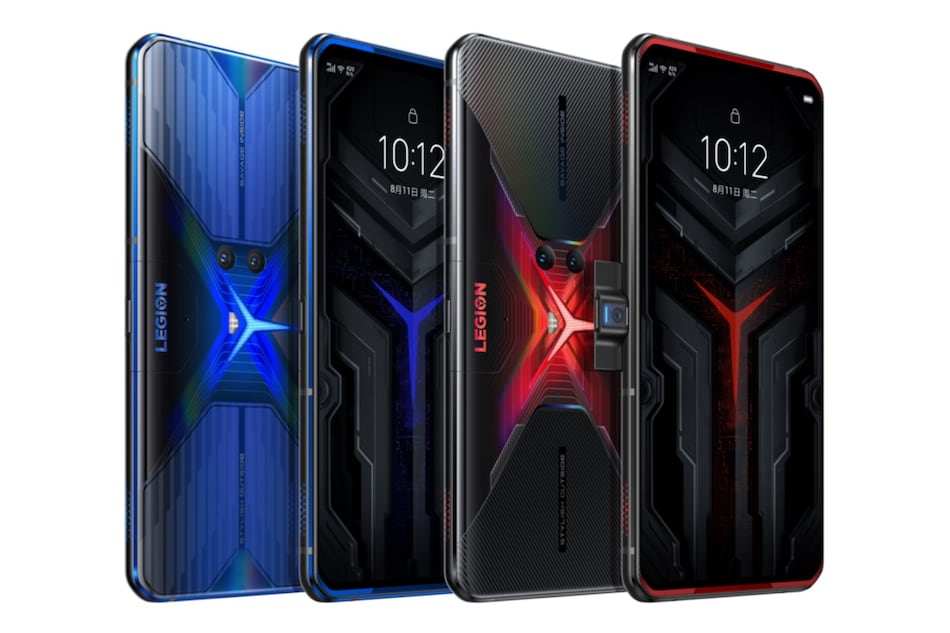 Lenovo Legion Phone Duel, one of the much-awaited gaming phones of 2020, has finally been unveiled with a pop-up selfie camera on one side and dual battery packs. The smartphone also comes with a horizontal UI that is aimed to enhance the experience for mobile gamers. To take on the upcoming Asus ROG Phone 3 and Nubia Red Magic 5S, the Lenovo Legion Phone Duel is powered by Qualcomm Snapdragon 865+ SoC. The phone also has a 144Hz display and dual ultrasonic trigger buttons along with dual vibration engines.

The Lenovo Legion Phone Duel price details are yet to be revealed. However, the smartphone is set to debut in China later this month as the Legion Phone Pro. It is also launching in “select markets” in Asia Pacific, Europe, Middle East, and Africa (EMEA), and Latin America at a later stage. There is no word on when and at which price it will arrive in India, though. Lenovo has also confirmed that there would be 12GB and 16GB RAM versions of the Legion Phone Duel. Moreover, the phone comes in Blazing Blue and Vengeance Red colour options.

The dual-SIM (Nano) Lenovo Legion Phone Duel runs on Android 10 with ZUI 12 (Legion OS). The proprietary skin brings a number of software-level customisations including the horizontal UI option that lets you easily play games and interact with other gamers in a landscape mode. Further, there are six customised layout themes, each with different interface elements, colours, and icons. The smartphone also has a home mode that allows you to cast your content or play your favourite game on a connected monitor or HDTV alongside attaching a wireless keyboard and mouse or a wired accessory.

One of other notable software additions on the Lenovo Legion Phone Duel is a Legion Assistant that enables virtual joystick functionality and offers virtual gamepad controls. The phone also has Audio to Vibration (A2V) feature that analyses audio directional signals to trigger associated stimulations.

The Legion Phone Duel comes with a dual rear camera setup that comprises a 64-megapixel primary sensor with an f/1.89 lens, paired with a 16-megapixel secondary sensor that has a 120-degree, f/2.2 ultra-wide-angle lens. There is also a 20-megapixel selfie camera sensor that has an f/2.2 lens and is available on the side pop-up module. This helps record videos or capture selfies while playing games in the landscape mode. Further, the Lenovo phone has mobile broadcasting features to let you livestream your gaming over Twitch or YouTube. You'll also get four noise-cancellation microphones to provide an enhanced audio experience while recording videos or live streaming games.

Lenovo has provided connectivity options including 5G, 4G LTE, Wi-Fi 6, Bluetooth v5.0, GPS/ A-GPS, NFC, and two USB Type-C ports — one is on the side and the other one is at the bottom. Sensors on board include an accelerometer, ambient light, gyroscope, magnetometer, proximity sensor, and an ultrasonic sensor. There is also an in-display fingerprint sensor.

The Lenovo Legion Phone Duel has dual ultrasonic shoulder keys that are paired with dual x-axis linear motors and 3D motion sensors to provide a realistic gaming experience. You'll also get dual front-facing stereo speakers. Further, the phone packs two 2,500mAh batteries that jointly offer 5,000mAh typical capacity. There is also up to 90W Turbo Power Charging support that is touted to add as much as 50 percent of juice in just 10 minutes and takes 30 minutes to fully charge the built-in batteries.

To dissipate heat, the Lenovo Legion Phone Duel has dual liquid-cooling along with copper tubes. The dual battery system is also believed to help reduce heat generation to some extent. Besides, the phone measures 169.17x78.48x9.9mm and weighs 239 grams.