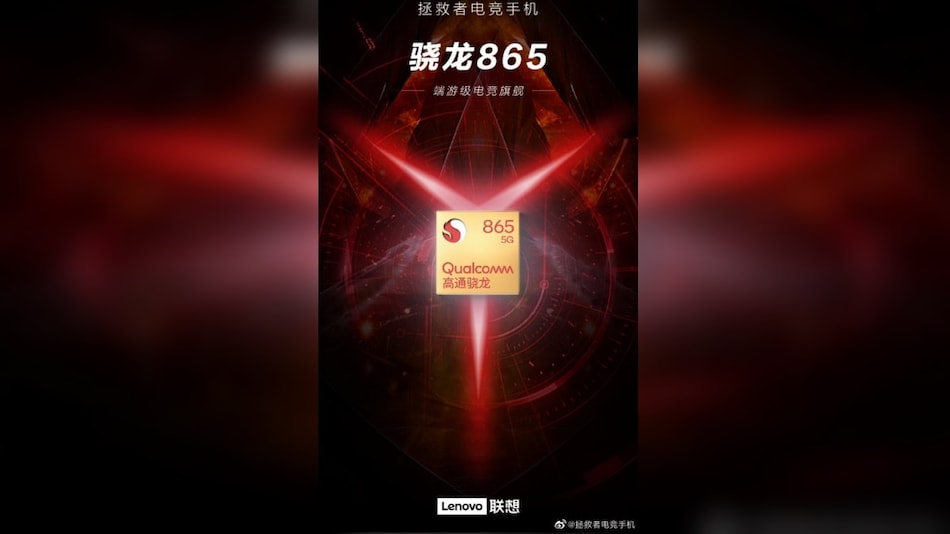 "55W [fast charging] - is it really enough?" the poster says

Just days after teasing its Snapdragon 865-powered Legion gaming smartphone, Lenovo, on Tuesday hinted at the fast charging on its upcoming gaming device. A poster was released by Lenovo in Chinese, translating to "55W, is it really enough?" which hinted that Lenovo's upcoming gaming device might have a more than 55W fast charging support. Legion's teaser was shared on Tuesday, the same day when Vivo sub-brand iQoo unveiled its iQoo 3 phone in China with 55W fast charging support.

Based on the poster, it is safe to say that Lenovo plans to exceed the 55W fast charging support provided by iQoo. The poster further asks people to guess the battery level with just 15 minutes of charging and the amount of time taken for 100 percent charge. Hence, it is also being speculated that the fast charging on the Legion Gaming phone might give 50 percent charge with just 15 minutes of charging.

So far, the highest power rating on a device has been 65W on the Realme X50 Pro that was launched on Monday, February 24.

The Legion gaming phone, according to reports, is said to be launched in China first, but is expected to be released globally as well, like other Legion-branded products Lenovo sells.

The company had earlier announced via its Weibo account that the Legion gaming phone will come with a Snapdragon 865 SoC.

Now, although the company has not had a very successful run in the Indian market, it does enjoy a significant stronghold in China. Lenovo's Z series smartphones have been fairly popular in the country.