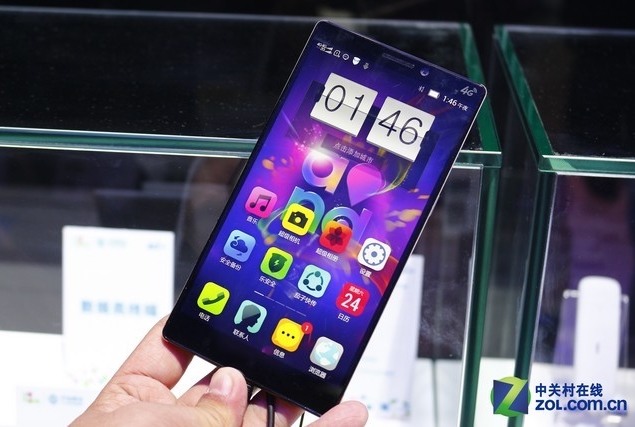 Lenovo's new flagship smartphone, the K920, has been revealed at the Mobile Asia Expo in Shanghai.

As of now, there is no word on the pricing and availability of the Lenovo K920. The Chinese handset maker has also not revealed plans to launch the Lenovo K920 outside China.

The smartphone currently appears to be a China Mobile exclusive as it includes the logo branding of the operator on the back panel.

A Chinese publication has listed the specifications of the Lenovo K920, which include a 6-inch Quad-HD (2560x1440) display, which will be up against the likes of the LG G3 and Oppo Find 7, which also sport a QHD display.

The Lenovo K920 is powered by a Qualcomm Snapdragon 801 processor clocked at 2.5GHz, and clubbed with 3GB of RAM. Currently, the flagship devices from HTC, LG, Samsung, and Sony are powered by the same chipset.

The new Lenovo smartphone sports a 16-megapixel rear camera and also houses a 5-megapixel front camera. There is 32GB of inbuilt storage on the K920 with no word on expandable storage. It also supports NFC connectivity.

It's worth noting that Lenovo was rumoured to be working on the successor to the Vibe Z, thought to be dubbed Vibe Z2 Pro, according to a recent report.

The Lenovo Vibe Z reached the Indian market earlier this year, and was launched at Rs. 35,999. The smartphone at launch ran Android 4.3 Jelly Bean out-of-the-box. The Chinese handset giant announced an Android 4.4 KitKat update for the Vibe Z to be rolled out in a phased manner starting from the last week of May.