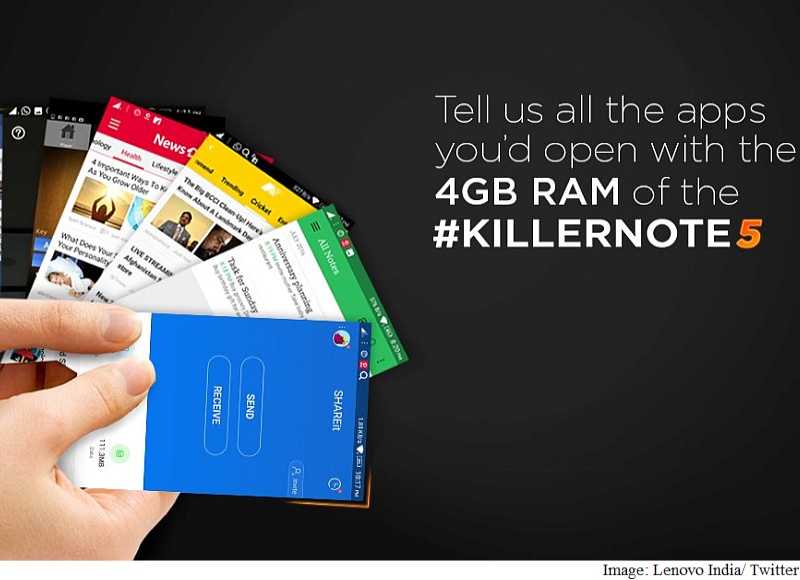 Highlights
We know Lenovo is set to launch the K5 Note in India on August 1. Over the weekend however, the company revealed that a new variant of the smartphone is coming to the country, with 4GB of RAM instead of the 2GB of RAM seen on the standard variant launched in China in January.

Lenovo India's Twitter handle on Friday posted a tweet that read, "With so much RAM at your disposal, the only thing you'll worry about on the #KillerNote5 is running out of apps," and followed it up with a similar tweet on Saturday that once again pointed to the presence of 4GB of RAM on the Lenovo K5 Note.

To recall, the Lenovo K5 Note was priced at CNY 1,099 (approximately Rs. 11,350) for its 2GB of RAM variant in China, and we can expect the price to be significantly higher if the 4GB of RAM variant is indeed launched in India instead.

Much like the Vibe K4 Note, the K5 Note is also powered by a MediaTek processor. The K5 Note packs a 64-bit octa-core MediaTek Helio P10 processor clocked at 1.8GHz coupled with 2GB of RAM (on the China variant) and Mali-T860 GPU. It packs 16GB of built-in storage and supports expandable storage via microSD card (up to 128GB). The dual-SIM dual-4G Lenovo K5 Note features a 5.5-inch full-HD (1080x1920 pixels) IPS display, same as the Vibe K4 Note.