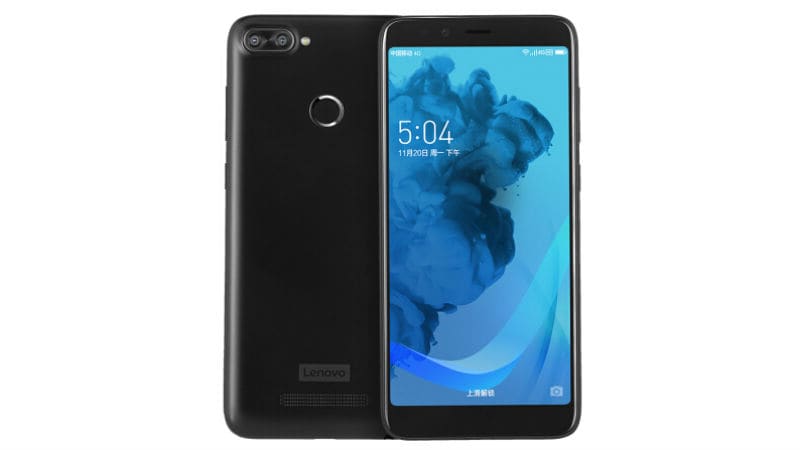 Lenovo has expanded its K-Series of smartphones with the launch of the K320t in China. Unlike previous K-Series models, the Lenovo K320t is the first to offer a full-screen view and two rear camera sensors. This appears to counter offerings such as the Xiaomi Mi A1 and Honor 7X that are widely popular under the Rs. 15,000 price bracket and are delivering compelling viewing and image-taking experiences.

The Lenovo K320t is available for pre-booking through JD.com with a price tag of CNY 999 (approximately Rs. 9,900). It will go on sale in the country on January 4. Details about its launch and price in India are yet to emerge.

The dual-SIM supported Lenovo K320t runs Android 7.1.1 Nougat. The smartphone sports a 5.7-inch HD+ (720x1440 pixels) display with an 18:9 aspect ratio 2.5D curved glass protection. Further, there is a 1.3GHz quad-core Spreadtrum processor, coupled with 2GB of RAM. The handset has a dual camera setup on the rear with a primary 8-megapixel autofocus sensor and a secondary 2-megapixel fixed-focus sensor. An 8-megapixel camera sensor is featured on the front with an f/2.2 aperture lens.

Lenovo has provided 16GB onboard storage on the K320t with microSD card support (up to 128GB). On the connectivity front, the Lenovo K320t has 4G, Wi-Fi, Bluetooth, GPS/ A-GPS, Micro-USB, FM radio, and 3.5mm audio jack. The smartphone also has a rear-facing fingerprint scanner. Sensors on board include ambient light, gravity, and proximity sensor. Additionally, the Lenovo K320t measures 155.2x73.5x8.5mm and weighs 153.8 grams. The smartphone packs a 3000mAh non removable battery.