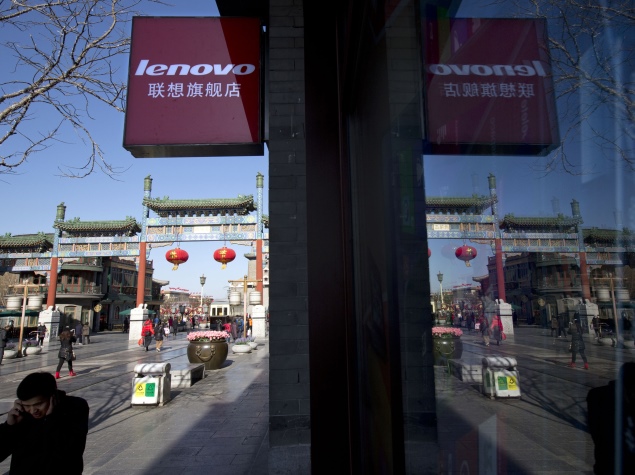 "Colin Giles will be taking on the role to drive global smartphone sales and business development outside of China," Lenovo, also the world's fourth-largest smartphone vendor, said in an e-mail to Reuters.

Lenovo, which announced its annual results on Wednesday, is expanding overseas and increasing its smartphone push. It is looking to sell 80 million smartphone units in the coming year and offset weak growth in China, the firm's largest market.

Lenovo is especially pushing smartphones, to offset a decline in its once-mainstay personal computers (PC) as consumers switch to mobile devices.

Lenovo, which competes with Apple in the U.S., agreed to acquire IBM's low-end server business and Google's Motorola Mobility smartphone unit in two separate deals worth a total of $5.2 billion in January.

Chief Executive Yang Yuanqing said he hoped those deals, which require U.S. approval, would not be impacted by tensions between Beijing and Washington over the U.S. indictment of five Chinese military officers for cyber-theft against American companies.

"I don't think (the cyber-theft case) will impact Lenovo's business," said Yang. "For a long time we've operated not just in China but also in the U.S. and other global markets. We have always been a transparent company, a trusted company, we've never had any issue with the government."

"Regarding the approval of the (IBM and Motorola Mobility) deals, we definitely hope it will not have an impact," Yang said in a telephone interview.

The company, which became a global brand in 2005 after buying the PC unit of IBM, wants to buy the low-end server unit to combat slow PC sales.

The majority of Lenovo's revenue growth in the twelve months to end March, came from overseas markets: revenues in Europe, the Middle East and Africa (EMEA) and the Americas each climbed roughly 30 percent, to account for 83 percent of total revenue growth.