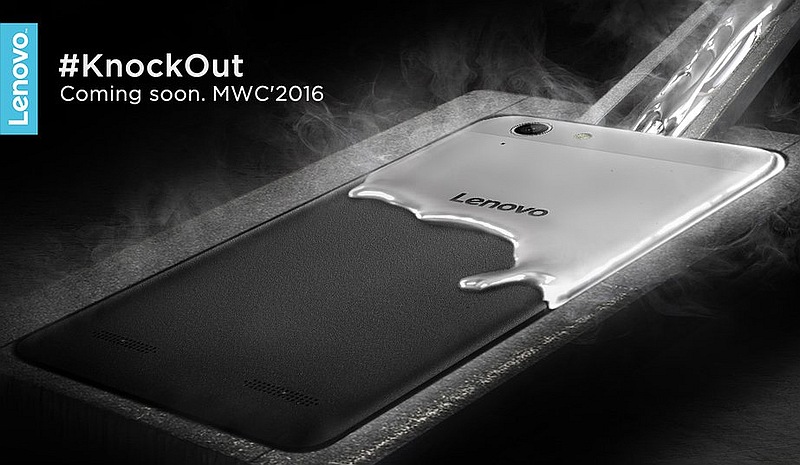 Lenovo will be launching a new smartphone at the upcoming MWC 2016 trade show, according to a recently posted teaser by the company. The Chinese giant teased the handset in an image via its Twitter account last week.

"A gorgeous new device has been engineered from scratch to deliver the #Knockout punch. Brace yourselves," tweeted Lenovo India along with an image captioned "Coming Soon. MWC'2016". The teaser image shows the upper half of the handset's back panel, appearing similar to the Lenovo Lemon 3 smartphone - tipping the global launch of the China-only phone at the trade show. Although nothing has been confirmed just yet, it is likely that the handset may launch with a different moniker in other regions including India, as it has with older variants.

It is worth mentioning that the company last month launched its Lemon 3 handset in China. The handset is listed on the company's shopping website priced at RMB 699 (approximately Rs. 7,000), the same as that of Xiaomi Redmi 3.

The Lenovo Lemon 3 as per the listing is a dual-SIM dual-standby dual-4G supporting smartphone running on Android 5.1 Lollipop. It sports a 5-inch full-HD (1080x1920 pixels) resolution IPS display with pixel density of 441ppi. Packing an octa-core Qualcomm Snapdragon 616 SoC clocked at 1.5GHz, the smartphone bears 2GB of RAM and Adreno 405 GPU.

As for connectivity, the Lemon 3 features support for 4G LTE (supports India bands) networks, along with Bluetooth, Wi-Fi, USB 2.0, and GPS options.

The smartphone houses 16GB of inbuilt storage, which can be expanded via a microSD card (unspecified limit). Also featured is a 13-megapixel rear camera with LED flash along with a 5-megapixel front-facing camera. Measuring 142x71x7.99 mm, the Lenovo Lemon 3 weighs 142 grams. It is backed by a 2750mAh battery, which is rated to deliver up to 15 days of standby time on 4G, 32 hours of talk time on 2G, 12 hours of audio playback and 6.2 hours of video playback. The audio output of the handset is powered by Maxx Audio.