Lenovo A7 is reportedly listed under the codename AK47 on Google Play Console. 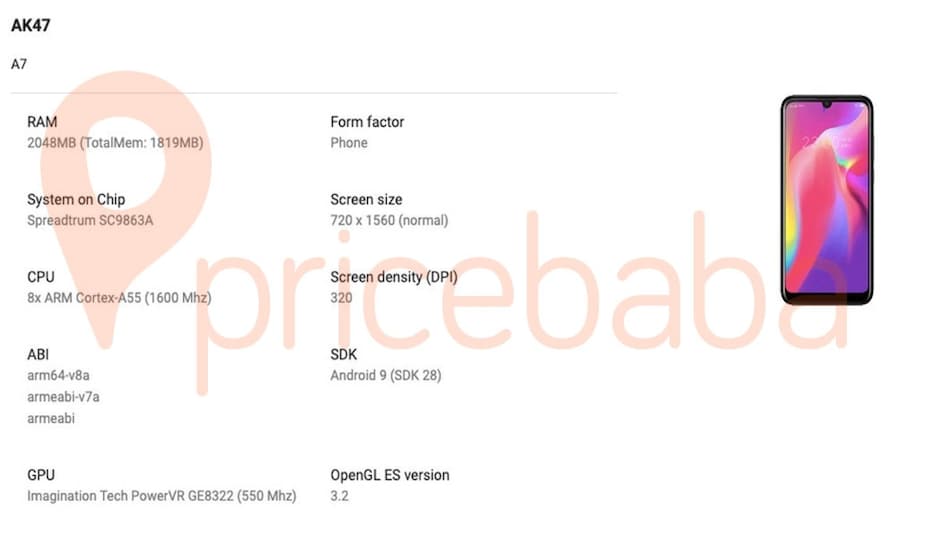 Lenovo A7 will be a part of Lenovo’s A-series

According to a report by PriceBaba, the Google Play Console listing for the Lenovo smartphone shows that the speculated Lenovo A7 will be powered by an entry-level Spreadtrum SC9863A SoC, coupled with a PowerVR GE8322 GPU and 2GB of RAM.

The report further states that the Lenovo A7 will come with the previous generation of Android, Android 9 out of the box. Although the Google Play Console listing shows an alleged Lenovo A7 image with a waterdrop-style notch, the display size is not mentioned. It also notes that the phone will have HD+ (720x1,560 pixels) resolution with 320ppi pixel density.

There is no word on the launch date or pricing of Lenovo A7 right now.

To recall, Lenovo launched the Lenovo A6 Note in September 2019, as the company's entry-level smartphone. The Lenovo A6 Note was launched at a price of Rs. 7,999 and comes in only one 3GB + 32GB storage option.

The Lenovo A6 Note packs 6.01-inch HD+ display and is powered by MediaTek's Helio P22 chipset. The phone also comes with Android 9 out of the box and a 4,000mAh battery. The Lenovo A6 Note came with a dual-camera setup on the back, with a 13-megapixel main camera and a 2-megapixel secondary shooter.