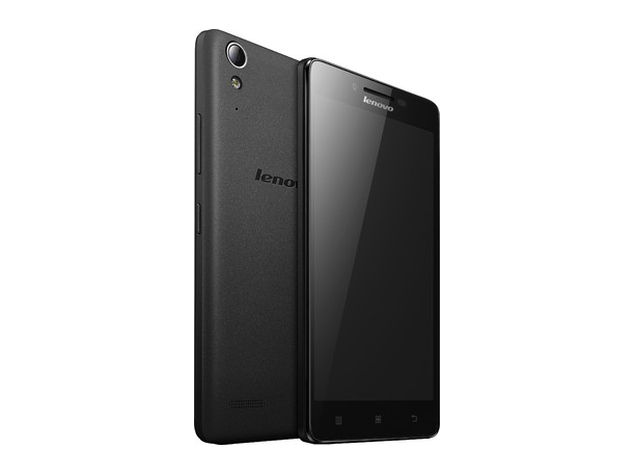 Lenovo, with hopes to compete with its rivals' budget 4G LTE smartphone offerings - the Xiaomi Redmi Note 4G and Micromax's Yu Yureka - has launched its new A6000 contender at Rs. 6,999. Also aping the online-only flash sale model, the smartphone goes up for registrations on Flipkart at 6pm IST on Friday, and will go on sale at 2pm IST on January 28.

Registrations close at 6pm IST on January 27. The smartphone is already listed on Flipkart. The firm's pricing for the Lenovo A6000 significantly undercuts the Xiaomi Redmi Note 4G - which sells at Rs. 9,999 - and Micromax's Yu Yureka - which is priced at Rs. 8,999. The smartphone arguably however, is not as well-endowed as its rivals' counterparts.

As expected, the Lenovo A6000 is compatible with the Band 3 and Band 40 (TDD-LTE) networks used in India. It features a 5-inch HD (720x1280 pixels) IPS display, which is smaller than the 5.5-inch display on both Micromax's Yu Yureka and Xiaomi's Redmi Note 4G. The dual-SIM smartphone supports Micro-SIM cards.

The A6000 is powered by a 64-bit quad-core Qualcomm Snapdragon 410 (MSM8916) SoC clocked at 1.2GHz coupled with 1GB of RAM. The Android 4.4 KitKat-based smartphone runs Lenovo's Vibe UI 2.0 skin on top, and bears 8GB of built-in storage with expandability via microSD card (up to 32GB). An Android 5.0 Lollipop update has been promised, but no time frame announced.

Other specifications include an 8-megapixel autofocus rear camera with LED flash; a 2-megapixel front camera; apart from a 2300mAh battery rated to deliver up to 13 hours of talk time and up to 264 hours of standby time on 3G network. The Lenovo A6000 measures 141x70x8.2mm and weighs 128 grams.
Affiliate links may be automatically generated - see our ethics statement for details.