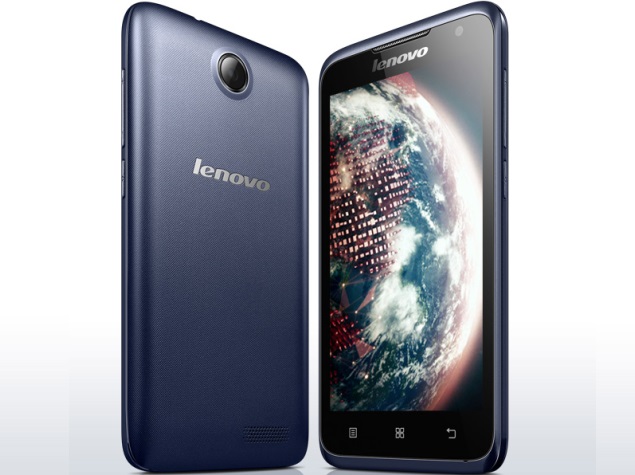 Lenovo has launched its latest smartphone, the A526, at Rs. 9,499 for the Indian market. The Chinese handset maker has announced that the Lenovo A526 will be available starting Saturday (5 April 2014) at the company's online and physical stores in the country.

The Lenovo A526 smartphone offers dual-SIM (GSM+GSM) functionality with dual standby, and supports the regular SIM size. It runs the now-dated Android 4.2 Jelly Bean operating system out-of-the-box, with no word on a future software update. The budget Android smartphone features a 4.5-inch display with a (FWVGA) 480x854 pixel resolution. A quad-core MediaTek MT6582M processor powers the device, clocked at 1.3GHz, with 1GB of RAM.

The smartphone sports a 5-megapixel fixed focus rear camera, while there is a 0.3 megapixel front-facing camera also onboard. The Lenovo A526 handset comes with 4GB of inbuilt storage that can be expanded via microSD card (up to 32GB).

Commenting on the announcement, Sudhin Mathur, Director-Smartphones, Lenovo India, said in a statement, "Out of the 876 million mobile phone users in India, about 10 percent of the users own a smartphone. However, today there is an influx of devices specifically targeted at this untapped segment in fast-growing markets like India. With the Lenovo A series range, we are looking at revolutionizing the concept of budget phones in India by offering consumers a superior smartphone experience at an affordable price point."

Earlier, Lenovo launched its Vibe Z smartphone in India and it was exclusively available at the company's online store for Rs. 34,999. The smartphone made its international debut at the Consumer Electronics Show (CES) 2014 with a February availability announced for various countries like Indonesia, Malaysia, Thailand, Saudi Arabia, United Arab Emirates and the Philippines.