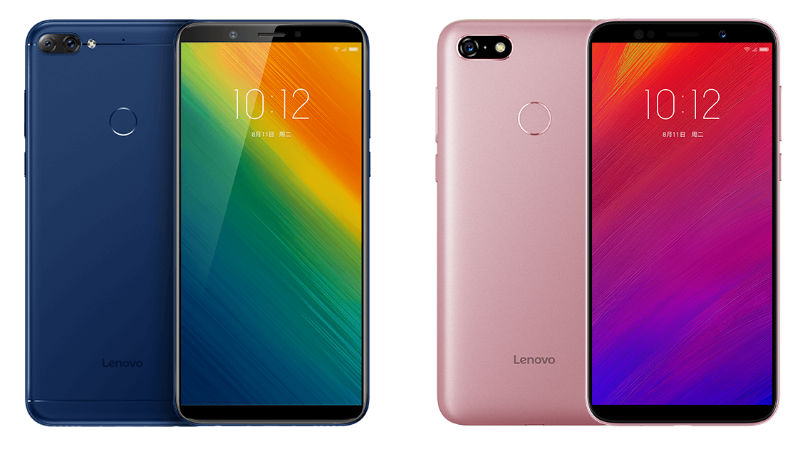 Chinese smartphone maker Lenovo on Tuesday launched two new budget-smartphones - Lenovo A5, Lenovo K5 Note (2018) - in China. At an event held in Beijing, Lenovo unveiled the two handsets, alongside the premium Lenovo Z5smartphone. The key highlight of the Lenovo A5 and K5 Note (2018) is the fullscreen design with 18:9 aspect ratio, but they do not sport the 'notch'. Additionally, while the Lenovo A5 is powered by the MediaTek MT6739 SoC, the K5 Note (2018) comes with the Snapdragon 450 SoC.

The Lenovo K5 Note (2018) comes in two variants - 32GB and 64GB - in terms of inbuilt storage, expandable via microSD card (up to 256GB). Connectivity options in the smartphone include 4G, Wi-Fi 802.11 b/g/n, a Micro-USB port, and Bluetooth 4.2. Sensors on board include an accelerometer, ambient light sensor, compass, and proximity sensor. It also has a fingerprint scanner.

The Lenovo A5 is equipped with either 16GB or 32GB of inbuilt storage, expandable via microSD card (up to 256GB). Connectivity options in the smartphone include Wi-Fi 802.11 b/g/n/ac, Bluetooth 4.2, Micro-USB port, and a 3.5mm jack. Sensors on board include an accelerometer, ambient light sensor, and proximity sensor. The smartphone also has a fingerprint sensor.