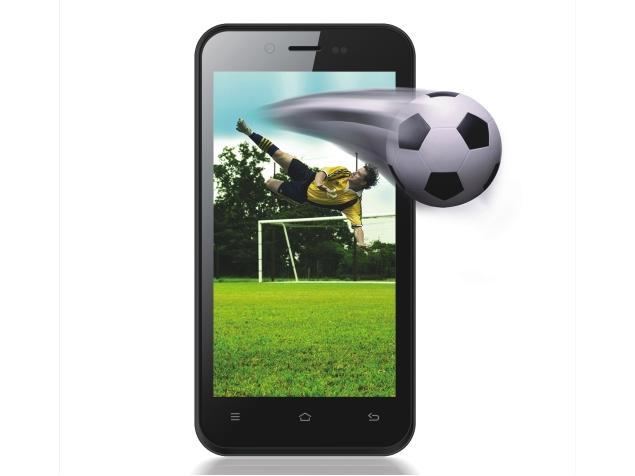 Lemon Mobiles have launched a new smartphone, Aspirational A3 for Rs. 12,000.

The latest Aspirational A3 smartphone sports a 4.3-inch qHD display with a resolution of 540x960 pixels. The device is powered by a 1GHz dual-core processor with 1GB of RAM. It includes an 8-megapixel rear camera accompanied by an LED flash and a 2-megapixel front-facing camera. The Lemon Aspirational A3 runs on Android 4.0.4 Ice Cream Sandwich which is disappointing considering that Google has rolled out Android 4.3 Jelly Bean OS. It also has 4GB of internal storage that can be expanded up to 32GB through microSD card.

The device is backed by a 1,640mAh battery that the company claims can deliver up to 7 hours of talk time and 250 hours of standby time.

The company claims that the main feature of the Lemon Aspirational A3 is that it also allows 3D viewing experience without the use of 3D glasses.

Announcing the launch of third phone in Aspirational series, Gopal Kalra, Director Fastrack Communications Pvt. Ltd - the company that owns Lemon brand - said "With Aspirational 3D, the consumers can experience a hassle free real life occurrence which runs on Android 4.0 and is the latest dual-core processor entry by Lemon Mobiles. The 3D smartphone will not only enhance or reduce the depth of captured 3D images but will also yield more effective results when taking landscape pictures and close-up shots".

Last month, the company launched Lemon A4 that sports 5-inch full-HD display. The smartphone is powered by a 1.2GHz quad-core processor along with 1GB of RAM. It comes with 16GB of internal storage and can be further expanded by up to 64GB.

It is just 8.5mm thick runs on Android 4.2.1 Jelly Bean. For camera, Lemon A4 has a 13.1-megapixel rear camera with LED Flash and a 5-megapixel front-facing shooter. Lemon A4 is a dual-SIM with dual standby. Lemon Mobiles launched the device in the Indian market at a price of Rs. 17,999.