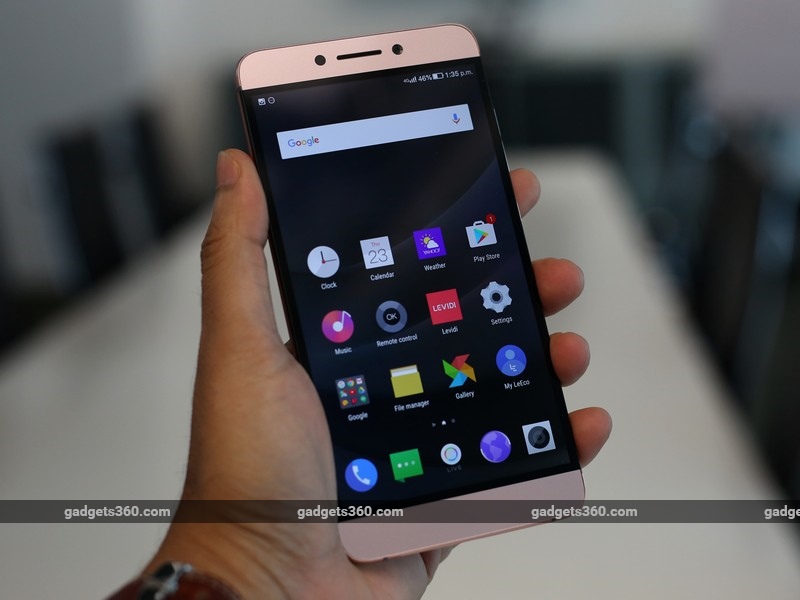 Chinese company LeEco is set to formally announce its US operations on October 19. The event will be held in San Francisco, and the company is expected to launch a host of products to flag off its expansion. However, running up to the launch, LeEco has erroneously revealed all the products that are going to be launched, along with their pricing details. The products that will launch in the US next week include a bunch of smartphones and TV sets. The lineup includes the Le Max 2 and Le S3 smartphones, LeEco Super4 series TV sets, and the LeEco uMax85 TV.

In its efforts to ready for the launch, the prepping of the website led to a mistaken tell-all. All the details went live on the LeEco website, including the pricing information. According to the leak, the LeEco Le Max 2 is priced at $349, but will have a $60 discount till December 2016. The Le S3 smartphone is going to be priced at $299, with a $60 or $120 price discount till December 2016.

The LeEco Super4 X55 TV and LeEco uMax85 TV are listed on the site with a price tag of $799. On the other hand, the LeEco Super4 X43 Pro TV and LeEco Super4 X65 TV are priced only at $14.99. Of course, these last prices are very unrealistic, leading us to believe they are just place-holders. The final prices will only be known at the event.

The Le S3 smartphone leaked on the website has specifications that are identical to the LeEco Le 2 smartphone. The Le 2 was also launched in April, and was priced at CNY 1,099 (roughly Rs. 11,200). It arrived in India alongside the Le Max 2, and was priced at Rs. 11,999. The website listed the Le S3 smartphone to sport 5.5-inch full-HD (1080x1920 pixels) display, a Snapdragon 652 processor, features a 16-megapixel rear camera along with an 8-megapixel front-facing camera, and also houses 32GB of inbuilt storage. It packs 3000mAh battery with support for Quick Charge 3.0.

As for the TV sets, they all sport a 4K resolution, and all the US models are seen running on Android TV. Of course, all the pricing and product details should be taken with a pinch of salt, until the official announcement from LeEco on October 19.