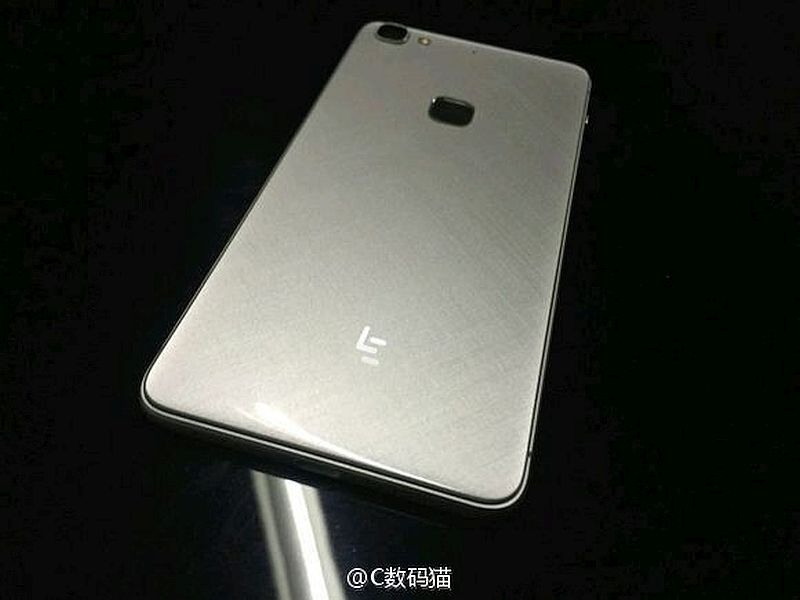 Few days back, a new LeEco handset was leaked in images and was claimed to be the successor to the popular Le 1s. The handset was rumoured to be dubbed the LeEco Le 2, though a new leaked image of a retail box label tips the smartphone may be called the LeEco Le 2 Pro - of course, it may be a different model from what had been leaked earlier.

According to the leaked label, the Le 2 Pro will feature a 5.7-inch QHD display; Qualcomm Snapdragon 820 processor; 4GB of RAM; 21-megapixel rear camera with LED flash; 8-megapixel front camera; 64GB inbuilt storage; LTE support; Wi-Fi; Bluetooth, and USB Type-C. The leaked retail box label claimed to be of the Le 2 Pro smartphone also indicates that the handset will sport Dolby Audio powered speakers. Unfortunately, there is no word on the Android version of the smartphone. The leaked label was first spotted by Mobipicker. 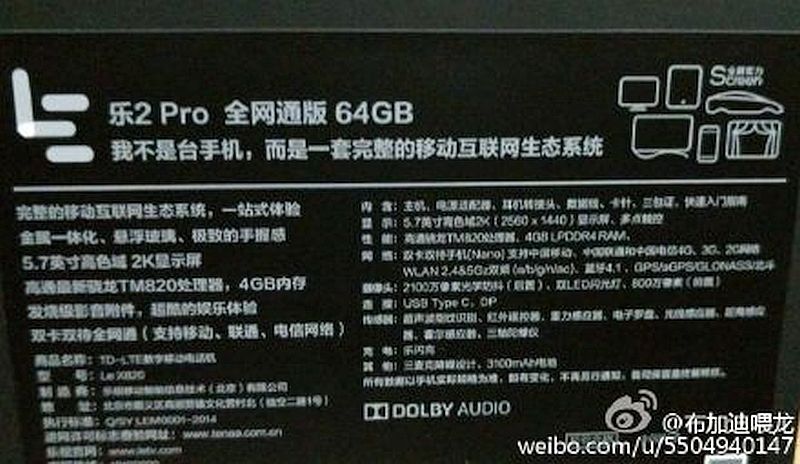 The earlier leaked images of the LeEco Le 2 Pro smartphone showed images purportedly showing the smartphone from every angle. One of the biggest changes seen on the handset was the new LeEco branding at the rear panel which replaced the Letv logo. To recall, the Chinese Internet conglomerate Letv had announced that it re-branded the company name to LeEco in a move to focus towards entering different global markets. The front of the Le 2 Pro seemed to be identical to the Le 1s smartphone.

The alleged successor also picked design cues for the speaker grille placement. The right side of the Le 2 Pro in the image showed the volume rocker and power button placed in the same position as the Le 1s (Review). The rear panel was the place where the handset looked to have all the changes as there was no round fingerprint scanner - instead it's was square. As seen in the leaked images, the camera placement was again at the left top corner of the Le 2 Pro, similar to the Le 1s. The fingerprint scanner was also said to gain some improvements - claimed to be of "ultrasonic variety", which was not detailed.

All these leaks should be taken with a pinch of salt as LeEco has not mentioned anything about the upcoming device and the legitimacy of the leaks remains questionable.