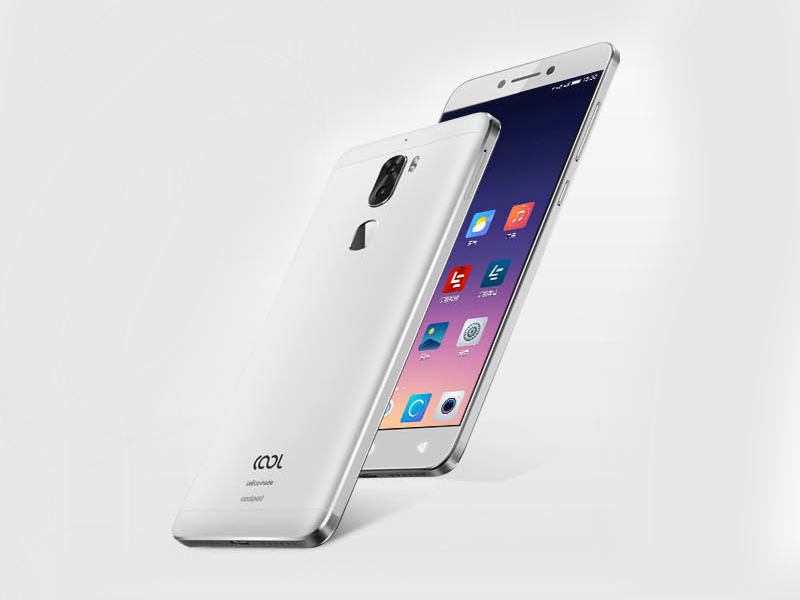 Just a week after LeEco's CEO Jia Yueting took over as Coolpad's Chairman, both the companies have now announced their first joint handset in the new Cool series. LeEco and Coolpad have together announced the Cool 1 Dual smartphone for a price starting at CNY 1,099. The smartphone is now available for pre-order on the Coolpad website, LeMall and Jd.com, and will go on sale on August 24.

Apart from the above mentioned rear dual camera setup, there is also an 8-megapixel front camera with f/2.2 aperture and an 80-degree wide-angle lens. The Cool 1 Dual packs a nice 4000mAh battery with fast charging support. The dimensions measure at 152x74.8x8.2mm, and weighs 173 grams. Connectivity options include 4G with VoLTE, Wi-Fi 802.11ac (2.4/5 GHz), Bluetooth v4.1, GPS, and USB Type-C port. It is available in Gold, Silver and Rose Gold colour variants.

In June, LeEco became the largest shareholder in Chinese smartphone company Coolpad with a total of 28.9 percent shares in its name. With this gain, LeEco now looks to integrate its ecosystem model with Coolpad's near-billion intelligent terminals to boost its sales in North America, Europe, Asia and Africa. The company expects cumulative sales to go up to 50 to 60 million in 2016, and garner more than 100 million smartphone sales next year.