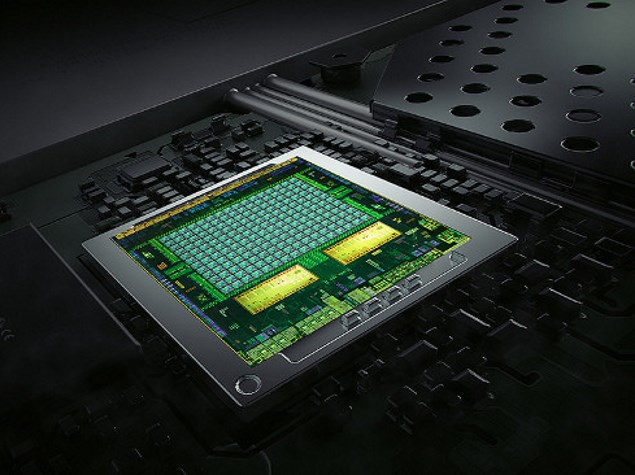 The Qualcomm Snapdragon 820, as per the roadmap, will feature an octa-core design with eight TS2 high-performance cores. The chipset however is tipped to release in the latter half of this year. This might mean that the anticipated Samsung Galaxy Note 5 might come powered by the processor. Some of the other features mentioned for the chip are Adreno 530 GPU, faster LPDDR4 RAM support, and an advanced MDM9X55 LTE-A Cat.10 Qualcomm modem. 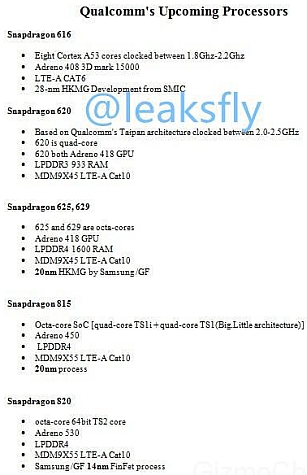 As for the Snapdragon 620, the chip is designed to include four cores, which are tipped to be Qualcomm Taipan cores clocked between 2GHz-2.5GHz. Other features include LPDDR3 RAM and the same GPU and modem as mentioned above for the other Snapdragon 6xx chips.

Lastly, the leak talks about the Qualcomm Snapdragon 616, which is said to be equipped with eight ARM Cortex-A53 cores, all clocked between 1.8GHz-2.2GHz, apart from Adreno 408 GPU, and LTE-A Cat. 6 modem. It is said to be made on a 28nm HKMG fabrication process by Shanghai-based Semiconductor Manufacturing International Company (SMIC).

Needless to say, Qualcomm is yet to confirm any of the aforementioned information. The firm has recently launched its Snapdragon 810 processor with LG G Flex2 at the CES event earlier this month. The chipset is likely to arrive in more number of flagship devices during the upcoming MWC 2015 set to happen from March 2 and March 5. Notably, a new Bloomberg report claims Samsung has decided not to use the Snapdragon 810 SoC on the Galaxy S6 due to overheating issues.

Samsung Galaxy Grand Neo Plus Reportedly Available at Rs. 11,700
US Bitcoin Exchanger Who Sold on Silk Road Gets 4 Years in Prison