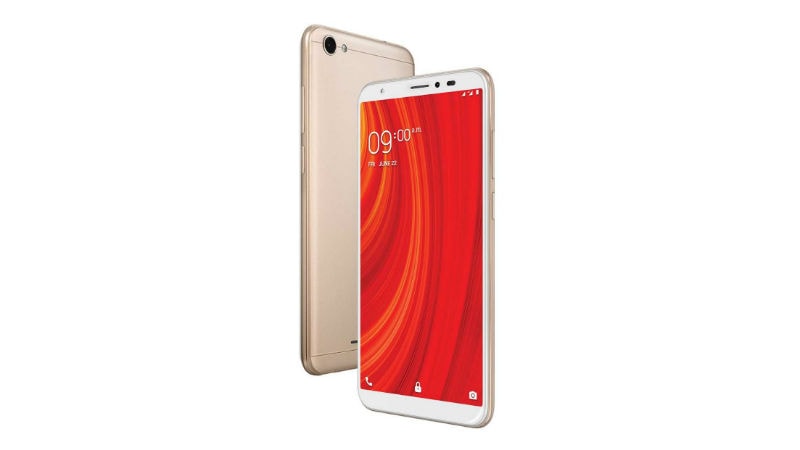 Lava on Monday expanded its Z-range of smartphones with the launch of a new model - the Lava Z61. The company has five smartphones in its Z-series. While the Lava Z60, Lava Z70, Lava Z80, and Lava Z90 were launched in October last year, the Lava Z91 was unveiled earlier this year. The Lava Z61 price in India has been set at Rs. 5,750. The key highlights of the handset are an 18:9 Full View HD+ display, 3,000mAh battery, 1GB of RAM, and Android Oreo (Go edition). Notably, the smartphone will also be available in a 2GB RAM variant starting next month. The new Lava Z61 also comes with a 'Sharp Click' technology that the company says will enable users to capture "even the smallest details."

The Lava Z61 has been priced at Rs. 5,750 in India. It will be available in more than 80,000 retail outlets in Black and Gold colour options. Meanwhile, the Z61 variant with 2GB RAM will be launched in August 2018. The smartphone also comes with a special launch offer of one-time screen replacement for free. Notably, the offer is applicable on the Lava Z61 till September 30.

Additionally, buyers of the Lava Z61 can avail a Rs. 2,200 cashback offer from Reliance Jio. As a part of the offer, Jio users will get the instant cashback with the purchase of the smartphone. The cashback will be credited in the form of 44 cashback vouchers of Rs. 50 that can be used for the recharge of Rs. 198 and Rs. 299 plans from the telco. These vouchers will be available inside the MyJio app. This offer is applicable to both existing and new Jio customers.

In terms of optics, the Lava Z61 comes with a 'Sharp Click' technology. The smartphone features an 8-megapixel autofocus rear camera and a 5-megapixel front camera with LED flash. The phone comes with an improved Bokeh Mode, the company claims. The Lava Z61 is equipped with 16GB of inbuilt storage.

The Lava Z61 is fueled by a 3000mAh battery that is claimed to last up to 1.5 days with a single charge. The company says that the battery is "supported with AI technology" that monitors the phone's battery consumption and also shuts down apps running in the background that the user hasn't touched for a while.