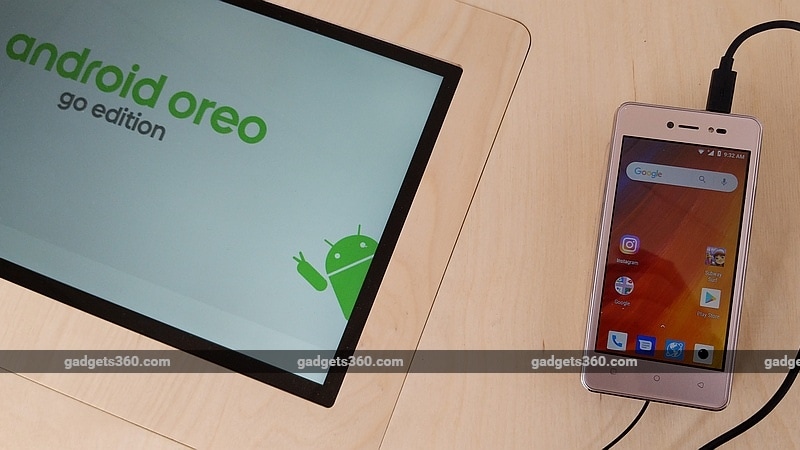 Lava International on Tuesday announced its first Android 8.1 Oreo (Go edition) - aka Android Go - smartphone, the Lava Z50. The version of Android has been optimised to provide a smooth experience on low-end handsets with less than 1GB of RAM. The smartphone will go on sale in mid-March, which is when it will be available via 100,000 retail stores. The company has yet to detail the price of the entry-level smartphone, but says it will come with a Rs. 2,000 cashback from Airtel as part of the telco's Mera Pehla Smartphone initiative. It will also come with a 2-year warranty, something it shares with other Lava Z-Series smartphones. The smartphone was showcased at MWC 2018.

The complete specifications of the Lava Z50 have yet to be detailed by the company, with details like battery capacity, dimensions, weight, and maximum capacity of microSD card supported missing from its press release. The Z50 will run Android 8.1 Oreo (Go edition), and sports a 4.5-inch FWVGA (480x854 pixels) display with 2.5D Corning Gorilla Glass for protection. It is powered by a 1.1GHz quad-core MediaTek MT6737M SoC, coupled with 1GB of RAM.

The smartphone bears a 5-megapixel camera on both the front and back, both of which are coupled with flash modules. The Lava Z50 will also offer a Bokeh mode, the company said. It sports 8GB of built in storage, expandable via microSD card (maximum capacity unspecified). Lava said the Z50 supports up to 10 major Indian languages for search. It will be available in Black and Gold colour variants. The phone will come preloaded with optimised apps like YouTube Go.

Commenting on the announcement, Gaurav Nigam, Head - Product, Lava International, said "With Lava Z50, powered by Android Oreo (Go edition), we are giving our first time smartphone users an impeccable software designed for faster processing, more memory at hand vs. non - Android Oreo (Go edition) phones, and the possibility to get entertainment through YouTube Go, to help users control their data. The camera has been enhanced to give Dual Bokeh experience and an LED flash for night time video calling. I must say it is a great opportunity for both - consumers and the brand".

Sagar Kamdar, Director of Product, Android, added, "Android's mission has always been to bring the power of computing to everyone, and part of that is ensuring a great experience across a broad range of devices. Android Oreo (Go edition) is specifically optimised to bring the magic of Google and Android to smartphones with limited memory and processing power, and we're excited to collaborate with Lava to take the next step on that mission by launching the Lava Z50."