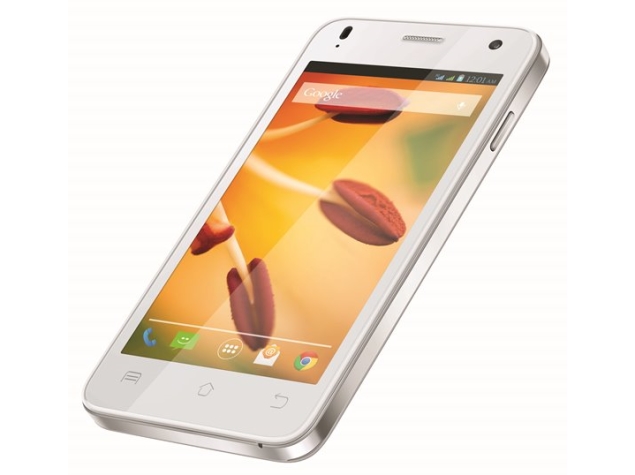 Notably, the domestic handset maker had been teasing its Iris X1 smartphone ahead of the official launch.

The company has announced that the Lava Iris X1 will be available via Amazon India starting Tuesday. Lava says those ordering the smartphone from Amazon on the launch day will also get a 16GB microSD card free with the device.

It's worth noting that the company claims that the Iris X1 will be 'exclusively' available on Amazon in the press note; however it customers will soon also be able to buy the smartphone from retail stores. The company notes that the Iris X1 comes with a free bundled flip cover in the box.

The Lava Iris X1 priced in the sub-Rs. 8,000 segment will be up against the likes of the popular Moto E, Micromax's recently launched Unite 2 and the newly spotted the Canvas Engage all of which run the latest Android KitKat.

Commenting on the launch, Hari Om Rai, Chairman and Managing Director, Lava International Ltd. said, "Lava is proud to announce the launch of 'X' series with the Lava Iris X1, a beautifully crafted smartphone with best in class hardware and software features. It is for the consumers who not only want a high performance device but also a beautiful design. Iris X1 is designed to mesmerize the consumers and will surely create ripples in the market at this price point. We are confident that the latest hardware and software features coupled with its great design will surely deliver a rich experience to the consumers."