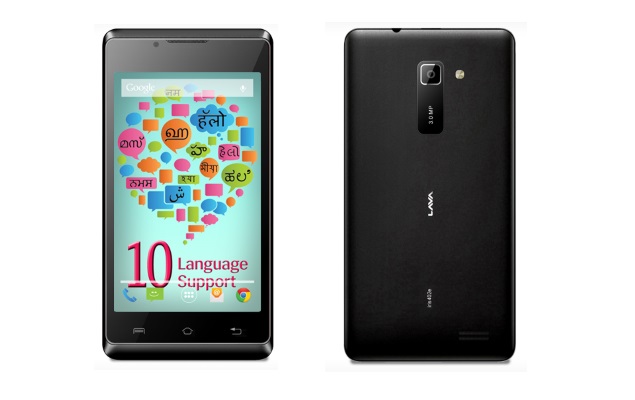 The Iris 402e comes with support for 10 Indian languages, which can be considered the highlight of the device. The smartphone runs on the now-dated Android 4.2.1 Jelly Bean, and comes with dual-SIM (GSM+GSM) standby support.

It features a 4-inch WVGA (480x800 pixels) display and is powered by a 1GHz dual-core (unspecified chipset) processor coupled with 512MB of RAM. The Iris 402e sports a 3-megapixel rear camera without flash support and there is a 0.3-megapixel front-facing camera also onboard.

The Lava Iris 402e supports an additional 32GB storage expansion via microSD card, with 512MB of inbuilt storage on the device, of which only 130MB will be available to users. Various connectivity options on the handset include Bluetooth, GPRS/ EDGE, Wi-Fi (including hotspot functionality), and GPS.

Notably, Lava has tied up with KeyPoint technologies for UI localisation and multi-lingual keyboard on the Iris 402e.

Commenting on the partnership, a Lava spokesperson said "We are confident that our partnership with Keypoint Technologies will benefit the entire mobile ecosystem and change the way users interact with their smartphones. The user can choose from 10 Indian languages and the entire phone UI, including all the applications, will be displayed in the chosen language. For the first time, native speakers of Indian languages no longer have to struggle with the English UI and can use a phone easily bridging the language barrier."