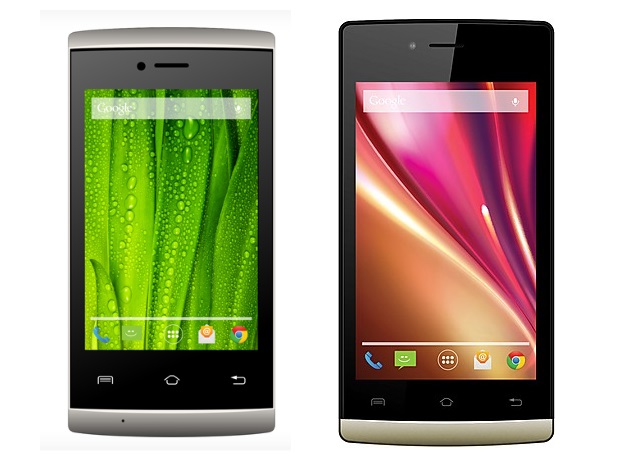 The Lava Iris 352 Flair is now listed on the company's site without any details about availability, while there is no official word on the launch of Lava Iris 404 Flair.

Notably, both the smartphones share a lot of common specifications. As both Iris 352 Flair and Iris 404 Flair run Android 4.4 KitKat out-of-the-box. Other common specifications include dual-SIM (GSM+GSM) support; 0.3-megapixel front-facing camera, and a dual-core processor.

However, both the smartphones differ in clock speeds with Iris 352 Flair (1GHz) and Iris 404 Flair (1.3GHz) respectively.

The Lava Iris 352 Flair features a 3.5-inch (320x480 pixels) HVGA IPS display and comes with 256MB RAM. It includes 2GB inbuilt storage which is further expandable via microSD card (up to 32GB).

The budget smartphone sports a 2-megapixel rear camera with LED flash. On the connectivity front, the Iris 352 Flair offers GPRS/ EDGE, Wi-Fi 802.11 b/g/n, Micro-USB, and Bluetooth options. Unfortunately, there is no 3G connectivity support on the handset. The smartphone packs a 1200mAh battery with no word on talk time and standby time.

The Lava Iris 404 Flair on the other hand comes with a 4-inch (480x800 pixels) WVGA display and 4GB of inbuilt storage, while there is 512MB of RAM. The smartphone sports a 5-megapixel rear camera. It includes GPRS/ EDGE, 3G, Wi-Fi 802.11 b/g/n, Bluetooth, GPS and Micro-USB connectivity options.

The Iris 404 Flair packs a 1400mAh battery, which the online retailer listing claims can deliver up to 9.4 hours of talk time, however, there is no word on standby time.