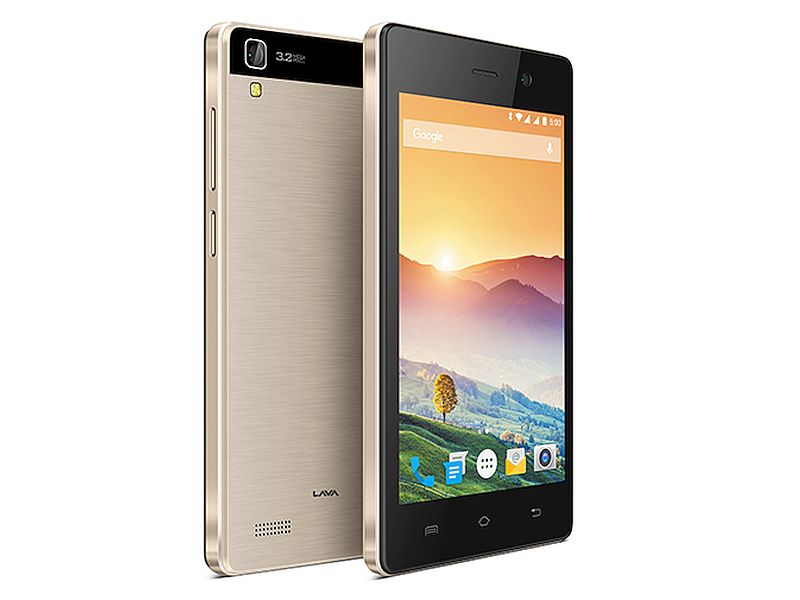 Lava has launched a new budget smartphone, the Flair S1, which is now listed on the company's site at Rs. 4,349. Available in Black and Champagne Gold, the Lava Flair S1 is available via several third-party online retailers at a market operating price of Rs. 3,799.

The domestic handset maker touts that the Flair S1 smartphone sports a textured metallic finish on the back. Running Android 5.1 Lollipop, the dual-SIM handset features a 4.5-inch FWVGA (480x854 pixels) TFT display. The Lava Flair S1 is powered by a 1.3GHz dual-core processor clubbed with 512MB of RAM. The smartphone bears 8GB of inbuilt storage, which can be expanded via microSD card (up to 32GB).

It sports a 3.2-megapixel autofocus rear camera with LED flash, and a 0.3-megapixel front-facing camera. It is backed by a 1750mAh battery that claims to offer talk time of up to 13 hours on 2G networks and up to 9 hours of talk time on 3G networks.

Lava, earlier this month, unveiled the Iris Fuel F2 priced at Rs. 4,444. The dual-SIM dual-standby (GSM+GSM) supporting Lava Iris Fuel F2 runs Android 5.1 Lollipop out-of-the-box. It features a 5-inch FWVGA (480x854 pixels) resolution display with pixel density of 196ppi. The smartphone is powered by a quad-core processor clocked at 1.3GHz clubbed with 512MB of RAM. It is backed by a 3000mAh battery.