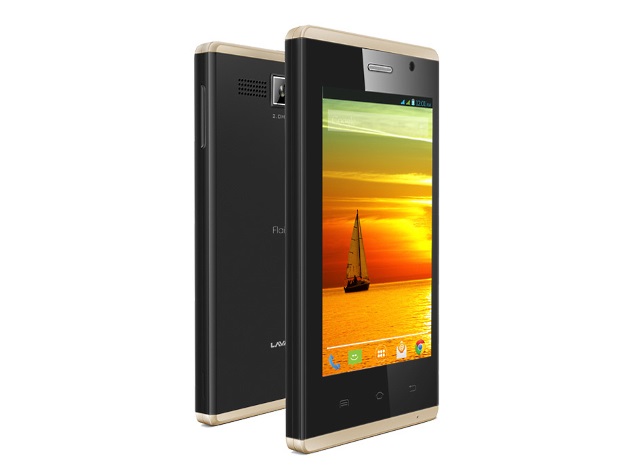 Soon after launching the Iris X1 Atom S, Lava has now introduced its Flair E1 smartphone in India. Priced at Rs. 2,749, the smartphone is now listed on the company site. So far, there is no announcement from Lava about the handset's availability.

The Lava Flair E1 is a dual-SIM (GSM+GSM) smartphone which runs Android 4.4.2 KitKat out-of-the-box. It comes with a 3.5-inch (320x480 pixels) HVGA TFT display. The smartphone is powered by a 1GHz single-core processor coupled with 256MB of RAM.

It comes with 512MB of inbuilt storage, which is further expandable via microSD card (up to 32GB). It sports a 2-megapixel rear camera with LED flash, while there is a secondary 0.3-megapixel front-facing camera also on board.

On the connectivity front, the Lava Flair E1 offers EDGE, Wi-Fi 802.11 b/g/n, Micro-USB, and Bluetooth options. Unfortunately, there is no 3G connectivity support on the smartphone.

The smartphone packs a 1300mAh battery, which according to the official listing is rated to deliver up to 3 hours of talk time, and up to 150 hours of standby time. It measures 116x62.8x10.7mm and is listed in White-Gold and Black-Gold colour variants.