Lava Blaze to Be Available for Pre-Order From July 7 at 12pm in India: Details 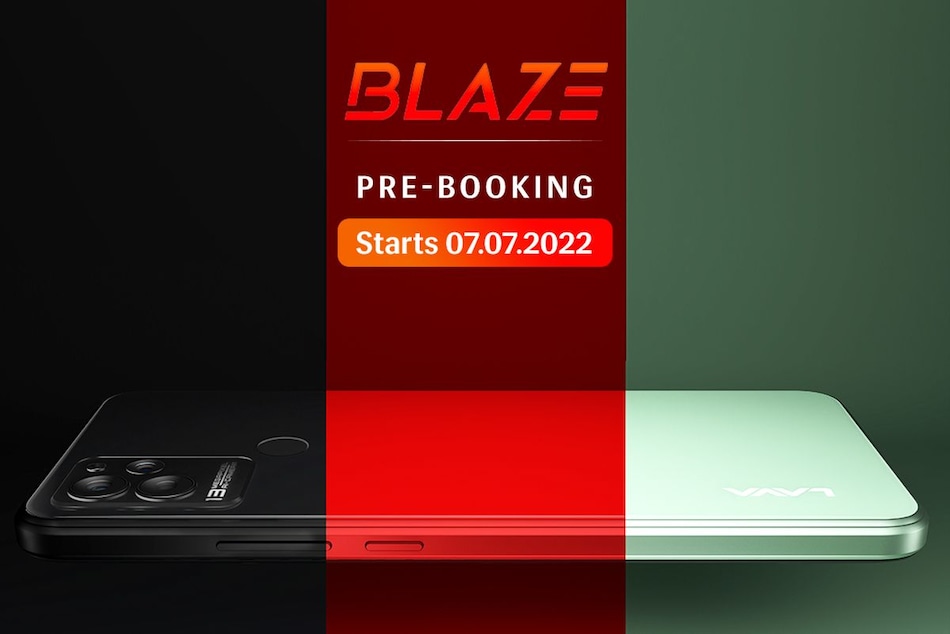 Lava Blaze is said to be powered by a Unisoc SoC

Lava Blaze smartphone will be available for pre-order in India from Thursday, July 7 at 12pm, the company announced. Although, no further details were provided, the company also said that customers will be able to avail a special offer with the pre-orders. The photos of the smartphone shared by the company show a triple rear camera setup that comes with a 13-megapixel main sensor. It can also be seen with a finger print scanner at the back. The smartphone has been previously tipped to be powered by a Unisoc SoC.

Lava has also shared an image of the smartphone in different colours. The smartphone can be seen in Green, Black, Red, and Blue colours. Whether the smartphone will be available in only these four colours or more is still unknown. The image also shows a triple rear camera setup with a 13-megapixel AI lens and a finger print scanner mounted in the centre, under the camera module. The company will also provide a special offer with the pre-orders of Lava Blaze.

The official Lava website also shows the pre-booking availability of the Blaze smartphone with the four, above mentioned, colour options, although, the microsite for the smartphone is not visible.